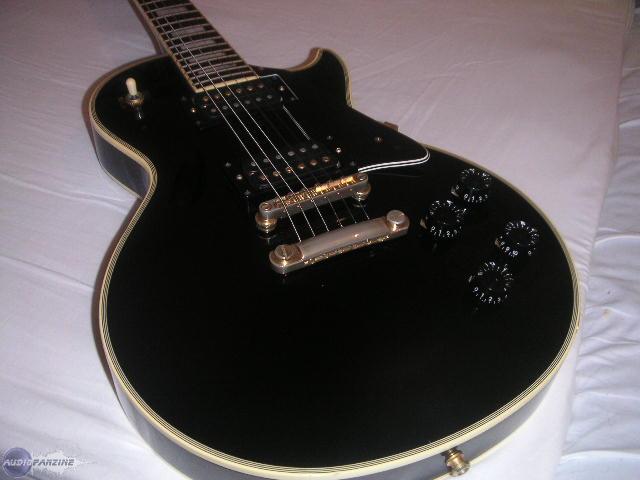 View other reviews for this product:
ericthegreat

Publié le 11/24/11 à 21:30
I've played many chambered body LP's in my day and the sustain and tone does not compare to an un-chambered body. I play lots of country and southern rock, country is traditionally played on a telecaster, and southern rock is played usually on a les Paul both guitars will run you well over a grand each, but the split coil design allows you to play like you own both. the tone is orgasmic, and it is one of the greatest feeling guitar i've ever held.


I compared this to a Mira PRS, The Orville Les Paul, and Gibson Studio Deluxe. Mira PRS was thin sounding compared to this but very playable. Fender was disappointing on rhythm and power chords but good on blues riff (it did get good reviews). Gibson LP deluxe sounded good but had a fat neck with gloss finish that made it difficult for my hand to slide up and down the neck. This Orville Les Paul has great playability (satin finish on neck), thinner neck, and unbelievable tone (played through a Blackstar HT-5 combo).

Overall, very versatile like most of the Les Paul guitars are. This guitar will have you playing all different styles of music. This guitar was made in Japan and sound great and is well built. I still own mine, and pull it out from time to time.