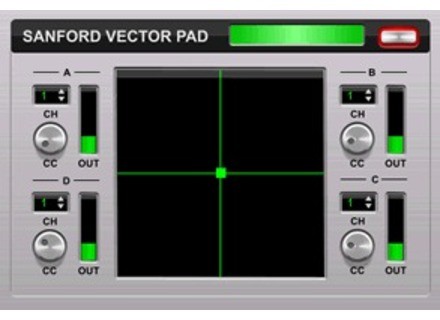 Sanford Sound Design has announced the release of Sanford Vector Pad, a MIDI plug-in designed to let you control four MIDI sources at once using only your mouse.

The Sanford Vector Pad sends four separate MIDI controller messages in response to your mouse movements. You can configure which controller types are sent as well as their MIDI channel. The UI provides a grid section for mouse interaction as well as output meters to let you know the value of all four controllers at all times. Together these controls are designed to make using the vector pad intuitive and easy.

Pricing & Availability
Available for Windows in the VST format priced at $15.