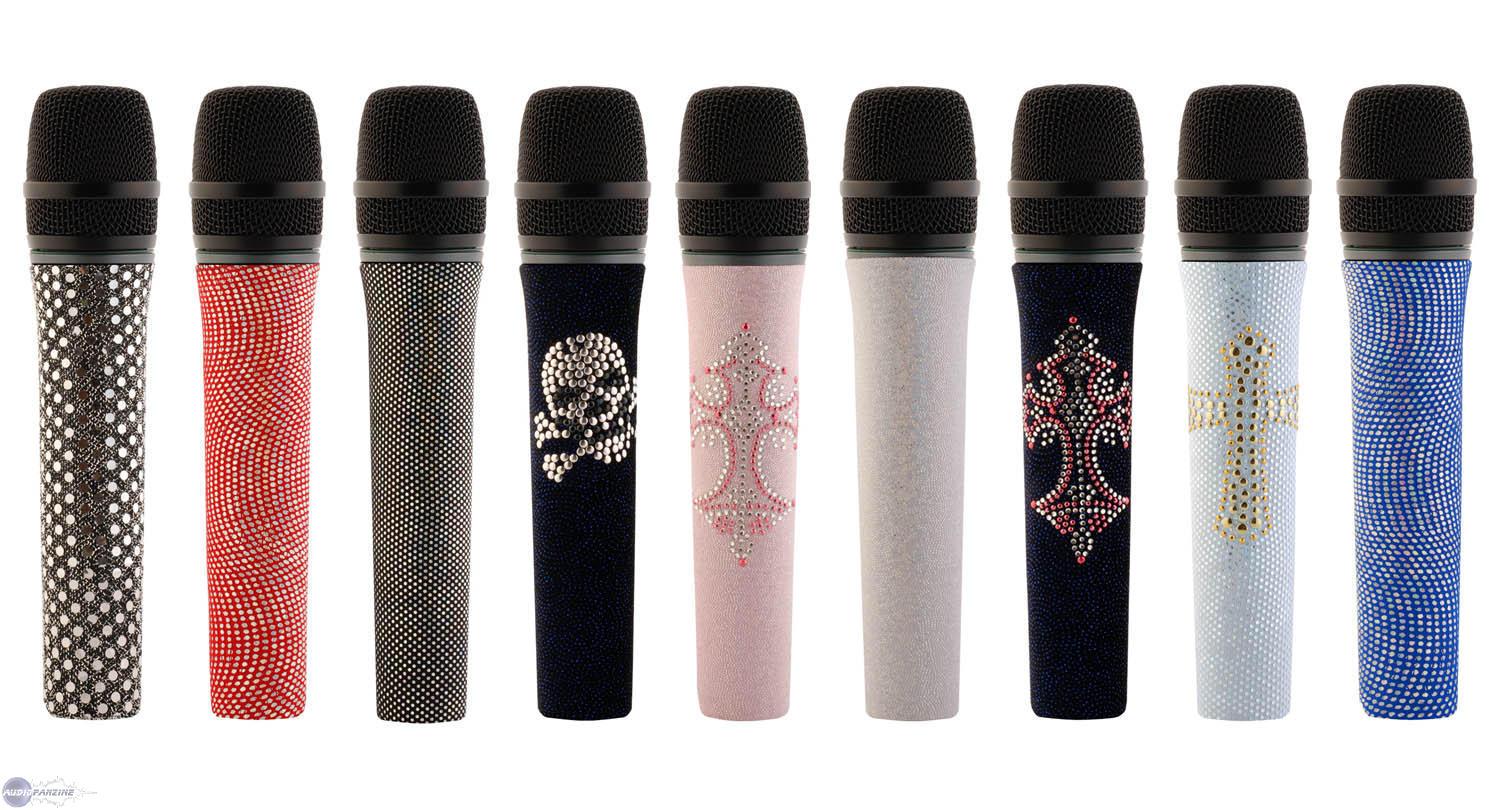 Other Accessory For Microphone from Sennheiser .

Superstar Sennheiser users such as Beyonce, Rihanna, Avril Lavigne and Janet Jackson have been performing for some time with custom-painted or Swarovski crystal-coated wireless microphones. Now, Sennheiser announces the availability of Sennheiser Mic Skins for evolution wireless G2 series handheld microphone users, and a Swarovski Crystallization Service, for any handheld Sennheiser microphone or accessory.

Sennheiser Mic Skins are themed for musical performers and houses of worship with nine distinctive options that fit snugly over any evolution wireless G2 microphone, transforming its appearance in seconds. Sennheiser Mic Skins for the G2 wireless handheld series are available for sale through the usual retail outlets beginning December 1, 2008. As a special introductory offer, Sennheiser will be including a Sennheiser Mic Skin in every ew 135 G2 wireless mic system box purchased during the month of December. Each Sennheiser Mic Skin is individually packaged in a clear hanging bag that can be easily displayed at the checkout counter or anywhere in the store.