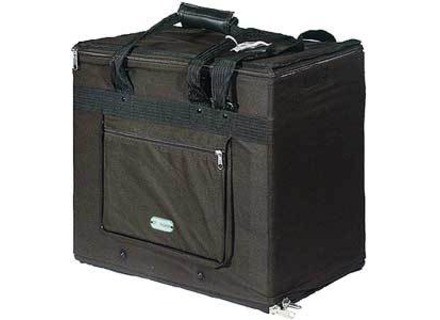 Rack Bag 6, Other Case from Millenium.

Bought it about a year ago.
Rpt used to go only once a week.

While the content is heavy: a 2 amp VHT February 50, a pramp Bogner, a tc G major.

Tolex collection outdoor Cordura tough, solid structure in CP, o rails attach racks solid.
A large pocket on top. Large enough and strong straps. Flawless finish.
Even when one feels that life will not keep it ...

After a few months, the screws holding the Tolex on the frame fall on their own. I think I'm Tom Thumb ...

The closures have clear-lach, however, not subject to the weight or special efforts. (I prcise: I am not a raw feeding.)

Rsultat: a year of use alone and took care of the flight case because of the range.
It must be taken for what it is: the consumable. I wanted to do the economists, I was wrong, because I'll have to add a cot to buy, lev certainly less than other products, the surcoat of a deuxime rack, this time and this quality on a short PERIOD: One year.
No economy in the end a little.

I had a really warwick ROCKBAG 4U beefier front and not much more expensive ... At first, I thought, passing 6U Millennium is also better and cheaper!

I would put a 3 / 10 MRIT compltement down without this product, for not much more, it was much more solid and durable in warwick ROCKBAG as manufacturing, services equivalent (both products are trs physically similar).

Skb range and others are of a different budget and design diffrent, I do not compare.
See the source
Did you find this review helpful?yesno
Cookies help us improve performance, enhance user experience and deliver our services. By using our services, you agree to our use of cookies. Find out more.