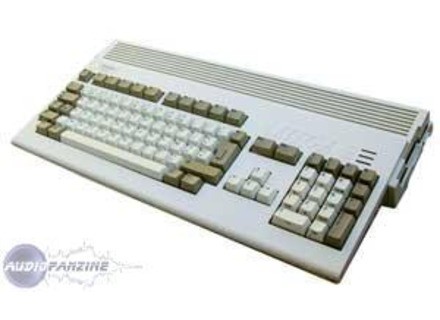 View other reviews for this product:
My Amiga IS NOW OPERATIONAL 5 seconds after ignition, since I replaced my hard drive with a compact flash. My computer became totally silent! I'm using now also a compact flash port on the PCMCIA to backups, backups and file transfers on my other machines.

I also added a PS2 optical mouse with an adapter.

(Thank you very much to my friends and Richard.P Eric.S for their help on this topic)

<p class="bbcode-offtopic"> Off topic: <span>Big up to the intelligent message PCistes makes us laugh because here we do not want the plugs and effects but the character, and the efficacitée fiabilitée a system that allows you to create tracks quickly without hyper to take the lead. By the way, OS and character aside, I've seen A lot of machines but I have never seen a PC as reliable as a silencer and A1200 start in 5 seconds after being put under attention, for the record, there is no need 'be "pro" to run over 30 audio tracks on a computer, even with my iBook 400Mhz 384MB and a 40GB IBM HD I did the same (in Audiodesk/OS9) and I think it's not by what makes his living with his taff (a pro, a real what?) that is necessarily good (and quantity must be recognized that people who proclaim themselves "pro" without being asked anything it is ... people are very good because they make us a good laugh!)</span>

I use the 1200 since 1992 and is one crazy machine! Imagine: an audio sequencer (I Octamed) which controls all the instruments noon and plays 4 voice (2L and 2R) with change in pitch in real time and compensation for glissendo depending on the tempo but worse, the machine, while for turns a sequence, you can edit the sample you hear and if you throw a calculation of filter, echo, reverse, cut / past or anything, we continue to hear the sample for the calculation and without ever ralentire buggy or anything in the execution sequence of the audio / midi!

Right now, it turns to the 50Mhz/16Mo + 2MB of orrigine I bought this card but the curiosities and 14MHz 2MB + 2MB of the orrigine largemen enough. I admit that HD is very advisable.

Most of the pocesseurs PC or MAC to whom I show it is on the ass or they do not even comprenent what happens tellemen is "supernatural" as a system ...

I use almost always the same software, it serves me enormémen and plant up to twice a year (a faith this year)

If it loose, I have a spare but I also contains a tot!

2006 and I work always with great pleasure on my A1200.
See the source
Did you find this review helpful?yesno
Cookies help us improve performance, enhance user experience and deliver our services. By using our services, you agree to our use of cookies. Find out more.