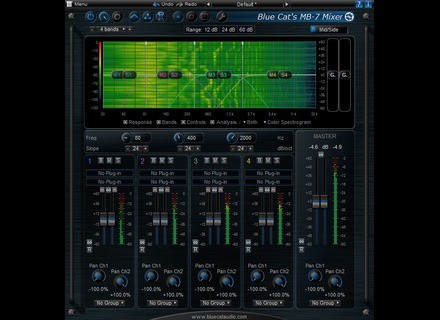 The Blue Cat MB-7 Mixer 2 splits the signal into several frequency bands so you can process them as is they were separate tracks. It offers the ability to host up to 4 VST plug-ins per band and transform any regular plug-in into a frequency processor.

You can purchase it alone for the special introductory price of $96 instead of $129 until september 30th. Users who purchased version 1 in the past two months will receive the upgrade for free, older users will pay $25.

The plug-in is also available in the following bundles with special prices until the end of the month:

You can also download a demo version from www.bluecataudio.com.