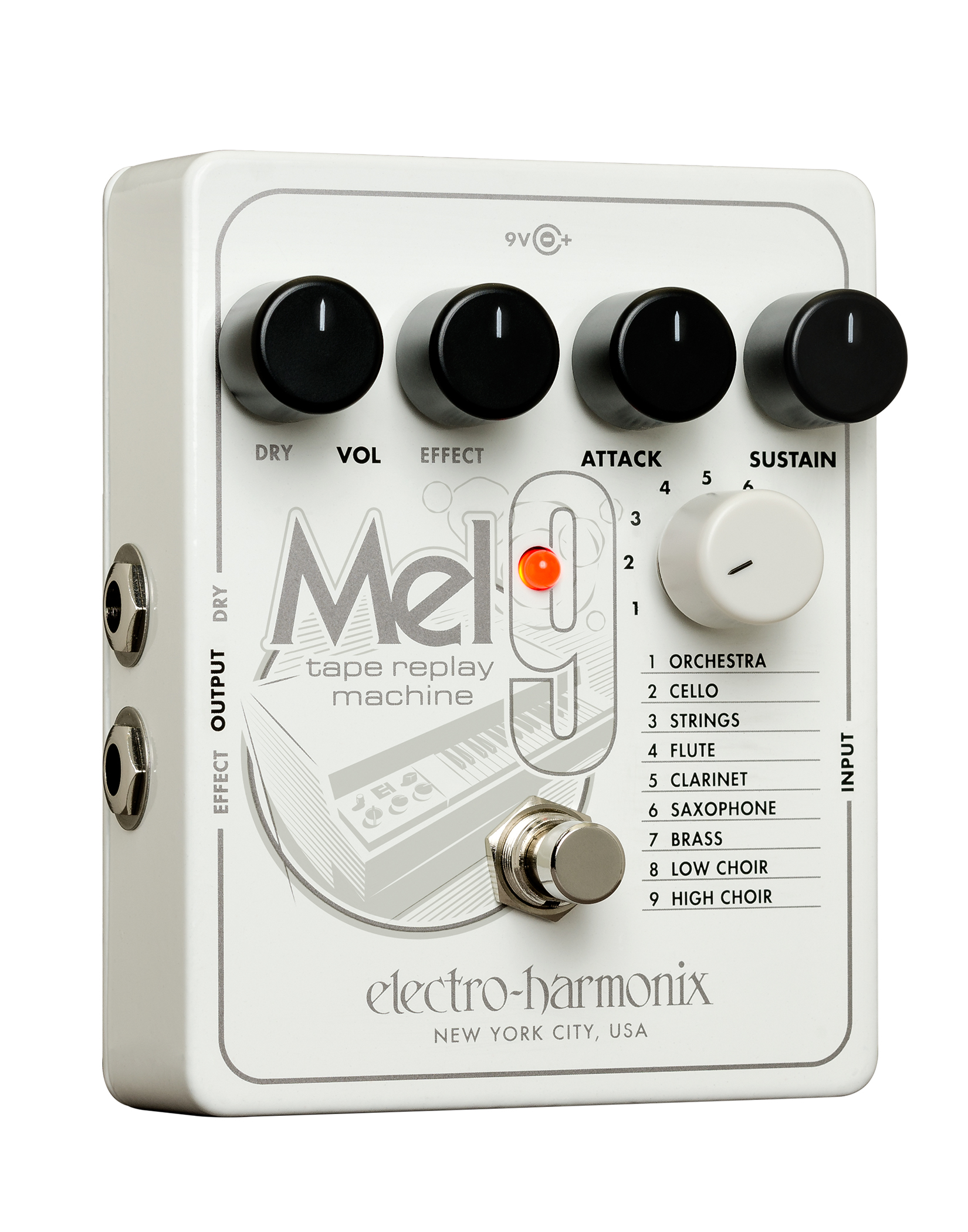 Other Guitar Effect from Electro-Harmonix .

« Some awesome sound presets, but two of them ain’t good at all »

If you LOVE mellotron sounds,
If you’re a big fan of Genesis – hence of Tony Banks, or King Crimson and so on,
If you love progressive and ambiance music…

Here are the sounds you’ll get:

1. ORCHESTRA – This sound represents a full orchestra – including an octave below the normal guitar – and produces a gigantic, full sound.

2. CELLO – This sound of a solo cello includes the cello’s natural vibrato.

3. STRINGS – Presenting the sound of a small four-piece string section, including natural vibrato.

4. FLUTES – This preset presents the classic solo flute sound heard on many recordings.

Sounds OK to me.

5. CLARINET – This osund of a solo clarinet sounds great both as a solo (played monophonically) instrument and when playing chords.

Sounds OK to me.

This is where things get – say, complicated. While the Roland GR 20 perfectly simulates a sax’s sound (except for a little latency, or tracking if you prefer), this one ain’t good at all and makes it impossible to get a good, realistic and reactive sound with this rather bad preset.

7. BRASS – This preset is a trumpet-like sound, and when playing chords it produces a great brass section sound. The ATTACK and
SUSTAIN knobs work differently for this preset than for other presets.
The ATTACK knob controls a filter sweep for brass synthesizer sounds and the SUSTAIN knobadds the “lip buzz” characteristic of trumpet/brass sounds

Same as precedent : far from seamless, and getting a good, realistic and reactive sound out of this – rather bad – preset proves just plain impossible.

8. LOW CHORALE – This sound is a full low-voiced choir made up of many voices.

9. HIGH CHOIR - This sound is a higher-voiced choir made up of many voices.

So whether you like TONY Banks and 70s Genesis or not, you’ll get the ultimate pedal!

Yet, sometimes its sound is a bit shrilly while Roland’s GR20 (for instance) won’t, it will be softer sounding – but also less warm – than EHX’s. That’s a choice to be made, as here you won’t need a GK3 pickup.

This is a really good product, though a bit pricey and two of its presets (sax and brass) are really messy and dispensable.

Don’t forget to read the manual, each note won’t deliver the same power and so on.
It can be used with an overdriven amp and a clean sound amp, as well as in stereo.

There are attack (like a swell/slow attack) and sustain settings, but also the lip noise simulation on the flute and so on.

This pedal will only deliver these sounds, no organ sound like the brand’s B9 and C9.
00