The Artiphon Instrument 1 on KickStarter 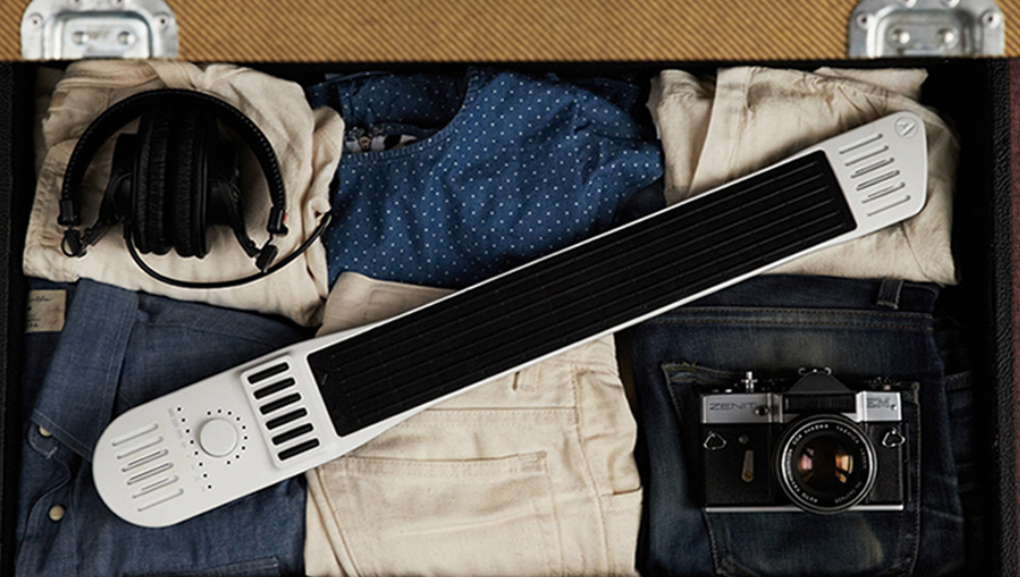 Other MIDI Controller from Artiphon .

In 2012, Artiphon unveiled the Instrument 1, a hybrid instrument and MIDI controller. The project has been simplified and is now on KickStarter.

The US-manufacturer has completed redesigned its Instrument 1, which is now thinner, with a plastic chassis, and is now an advanced MIDI USB controller for iOS and computer. It will ship with an iOS app that will allow for designing new instruments and custom scales. A iWatch app is also planned in the future.

The Instrument 1 employs a patented technology coupled to an accelerometer, which allows for using the device as a guitar, a violin, a keyboard, a bass, a drum box, etc. It supports any kind of gesture (strumming, tap, slide, bowing…) on its velocity and pressure-sensitive touch surface and « bridge », which are 6 large pads that you can strum, pick or tap.

The Instrument 1 retains from the original design the built-in speaker, volume control and headphone output. An 8 preset memory (4 factory and 4 users) and the controller is powered by a rechargeable battery.

Artiphon has launched a crowdfunding campaign on KickStarter, pricing starts from $299 for early funders but regular price should be $349 (which is $450 less that the original Instrument 1). Shipping should start in January, 2016.