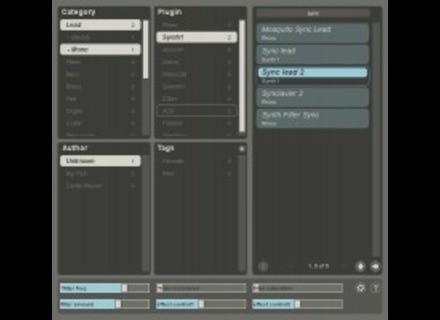 BigTick has announced that it has released version 1.0 of Zen, the free universal VSTi presets manager, initially for Windows.

Zen is a Universal Presets Manager: It loads in any host as a VST instrument, and acts as a loader for other VSTis. So with Zen, you can search for "Rhodes piano" and get a list of all matching presets – regardless of the final VSTi (Rhino, Zebra, Absynth...). When you select one of the presets in Zen, the corresponding VSTi is loaded to play the requested preset.

Many popular VSTis are supported, and new ones are added daily. Eventually Zen aims to categorize all available presets, for all VSTis.

Zen is online
It constantly synchronizes its own local database of presets with a master online database hosted at www.bigtickaudio.com – users get new presets daily, delivered into their sequencer, already categorized.

These changes to the Rhino engine also made it into RhinoCM.