By TonyBruno on 01/16/2010 at 03:39
Agrandir
Add this product to
Inspired Acoustics INSP:IR Impulse Library Vienna Edition
1/ 0 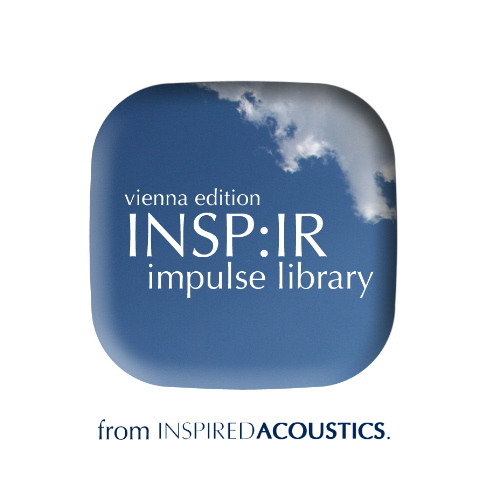 Other Music Software from Inspired Acoustics .

The product is officially launched at this year’s Winter NAMM Show at the Vienna Presentation Stage of booth #6728 in Hall A of the Anaheim Convention Center.

The INSP:IR Impulse Library (IIL) Vienna Edition is a special edition of the multi-positional reverb sample library by Inspired Acoustics. It is designed to work with Vienna Suite’s Convolution Reverb, providing multiple stereo and true stereo impulse responses from 10 renowned halls, some of them actually part of World Heritage, which allows for virtually placing sound recordings or virtual instruments inside these acoustic spaces, according to the company.

All together 230 impulse responses are provided in the Vienna Edition with 174 stereo and 56 true stereo (4-channel widely spaced double source) files.