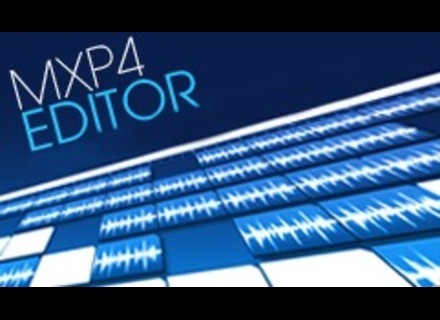 MAX IT, Other Music Software from MXP4.

The MAX IT technology is designed to deliver dynamic, on-the-fly arrangements of music in one file that acts as an interactive single or album. The editor is being released for the Mac OS, with a PC-version coming soon.

The MXP4 Editor works by importing the separate instrument tracks, which artists then can organize to create a MAX IT enabled interactive music app. The MAX IT technology takes the elements of individual songs and automatically re-combines them in hundreds of different ways each time the song is played.

The song or album app is delivered as a single MXP4 file that also includes embedding and social media features designed to drive viral distribution of music as web apps. To date, artists using MAX IT to create interactive, auto-remixing albums include Michael Jackson, The Bravery, Basement Jaxx, Passion Pit, The Grouch & Eligh, and Pep's.

Recent MXP4 data showed that fans played with an average of 2.6 tracks for an average of 9.1 minutes on each MXP4-powered Web app. Fans also made heavy use of the built in viral tools with 75% of the traffic to the Web apps being of viral origin.

You can play with MAX IT singles at www.mxp4.com/applications.