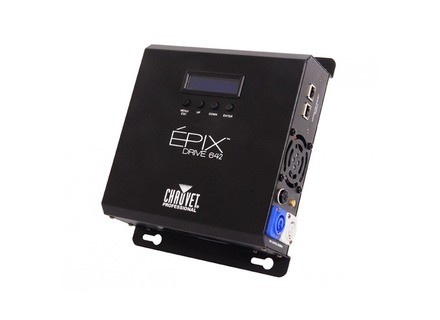 Epix Drive 642, Other Conventional Fixture from Chauvet in the Epix series.

Épix Bar and Épix Strip are designed to generate intense output due to tri-colored SMD LEDs, which are set at a pixel pitch of 25 millimeters. Épix Bar has 160 SMD LEDs and is self-contained with built-in operating features, while Épix Strip incorporates 40 SMD LEDs and uses Épix Drive 640-a separate controller which operates up to 16 Épix(tm) Strip fixtures.

The Kling-Net protocol automatically configures real-time video data, thus removing the complexity of setting up standard LED displays and speeding the process, the company says. The protocol is plug and play.