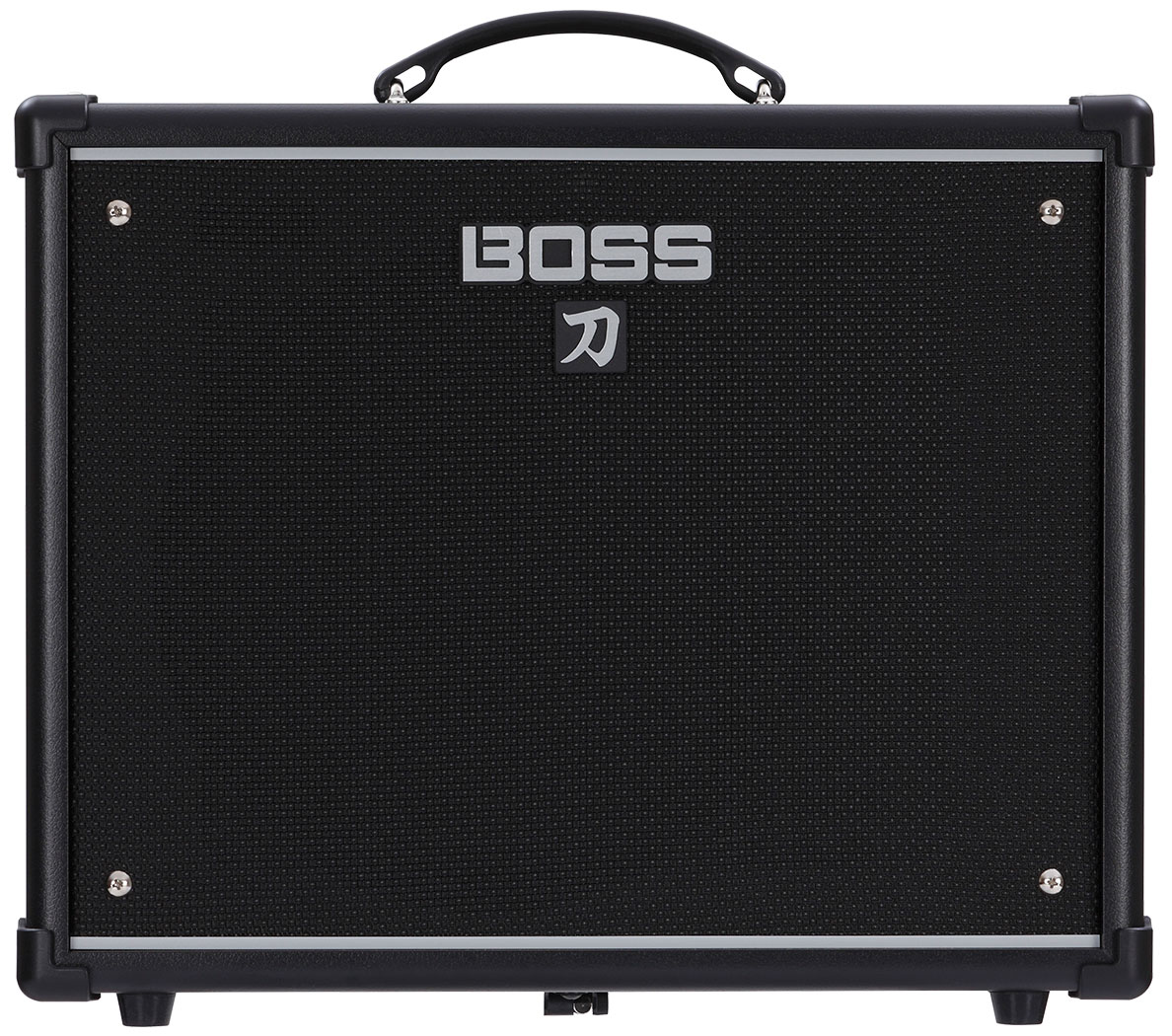 Publié le 08/14/18 à 07:31
Value For Money : Excellent
Audience: Anyone
I first bought this Katana 50, then a few days after I returned it to get the Katana 100 instead as I had regrets. I’ve used the Katana 100 as my regular working amp for 6 months now, and I’ll also mention that I own two other amps besides it: a Fender Deluxe Reverb and a small Yamaha THR 10.

Let’s now get back to this Katana 50 which I’ve had the opportunity to use for a few days.

The amp seemed to me very easy to use. If you like old-school amps, this one will ring a bell. No Bluetooth, screen or complex settings, it follows the same philosophy as the Roland Cube series: very easy to use.

It features 5 sounds based on the GT1/GT100 technology. Some geek geniuses have found the way to unlock the sounds of the GT1 / GT100’s 28 amps on the katanas. Lol! In short, forget about Boss's marketing chat about Tube Logic or Wazza technology. Boss has made us a good series of unexpensive amps with the good old GT100 chip inside.

It features 5 sounds: clean, crunch, lead, brown and acoustic, each of them based on a sound from the Boss GT100 pedalboard.

Don’t hesitate to tweak your guitar’s knob to modify the grain – the amp reacts to such variations.

The clean sounds very well and works for every style. It’s based on that featured on Roland’s jazz chorus 120.

The crunch sounds is a tad fatwhen the gain is pushed, and you soon get into lead territory. Again, don’t hesitate to use the guitar’s knob to get convincing crunch sounds, even with the gain setting at ¼. If I remember correctly, the crunch sound is based on a Fender Tweed.

The Lead is modelled after a EVH 5150. I really love it! It sounds very fat, too.

I’m not too much into Brown sounds, but at least there’s something for every taste. IIRC, it’s modelled on a Soldano amp.

As for the acoustic model, well… it’s almoist full-range to plug an electric acoustic guitar in. The sounds is very convincing using my own electric acoustic, but not only it.
This channel is very transparent, so I also use it with my electric guitar to allow my distortion, overdrive and preamp pedals to come out more transparently, as they would if plugged straight on a PA or poweramp. This feature is all the more interesting on thes Katana 50 that the amp doesn’t feature an effect loop.

The included effects are great. There’s really all kinds of effects and for once I found the result better sounding than on other amps in the same price range. Again, I believe they are the same that can be found on the GT 100 & GT 1 pedalboards as the processor seems the same.

The Katana 50 provides enough volume but lacks a little projection and low end. So, for stage or rehearsal use I can only recommend the upper model – the 100W version which is more suited for such uses. Or perhaps even the 2x12 cab and amp head.

The difference between the different Katana model scan be heard clearly here:


The included power control switch could seem a little useless on a 50W solid state amp, yet it appears practical for home use. Please note that the 0.5W setting already rocks – well enough for playing at home or in an apartment.

Its cons according to me:
- No presence setting. It would have helped to tame this 50W version’s sparkling aspect. If I remember correctly, the presence can be set using the Tone Studio software, but not directly on the amp.
- Limited connectors: no effect loop, no line out, only one pedalboard out. This is the series’ entry level model, and the connectors reflect that.
- The speaker’s quality : the sound is too shrilly to my taste, and the amp lacks projection with clean sounds. However, playing at moderate levels reveals no such big problem, while the highs quickly pierce your ears when the volume is pushed – more than with the 100 version.
- No tuner: too bad on an amp that can be considered as a working tool.

Its pros:
- Its look and name: yeah, I know, it’s all about taste but I love them.
- Its price: not much to be reproached considering the price
- Its size and power, which make it the most suited amp to be used professionally in that series
- The possibility to plug an electric acoustic guitar in: a great, alas rare feature! Plus, this channel’s transparency when used with external preamps.
- The amp’s sensibility and reactivity to the guitar’s setting for a solid state/modelling amp
- The included effects, which are very good as a whole.
- The power control switch
- The MP3 in & headphone out
- The possibility to unlock more amp sounds & effects by tweaking it. Google “katana sneaky amps” for more details – in a nutshell, you can unlock almost all of the Boss GT100/GT1’s amps and effects, for a total 28 or 30 amps and many effects.