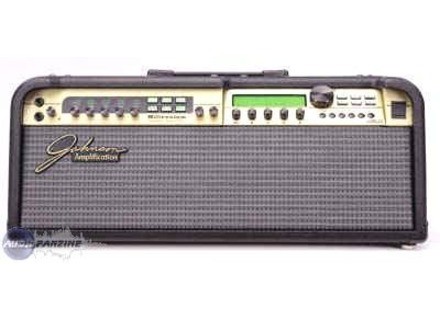 The amp modeling allows a lot of versatility. I play it with a fender telecaster with micro customshop Di Marzio. I have some difficulty in obtaining the highly crystalline, however not a problem for fat sounds "couillus".

I use it for over a year. Some selection of pre-amp provides a small delay between the note played and heard it.
Peavy Ultra my head just before but missed terribly versatile and I did not like the sound.
The beast is fragile she left 2 times for repair, the first time it was the week when I bought it (the pots full of trimmings messing around) the second was a few weeks ago, the amp worked but no sound would come out (annoying to play with the others!).
For now I like it much but I know that does not convince all my friends grateux (the small delay between notes played and heard some selections of pre-amp)
See the source
Did you find this review helpful?yesno
Cookies help us improve performance, enhance user experience and deliver our services. By using our services, you agree to our use of cookies. Find out more.