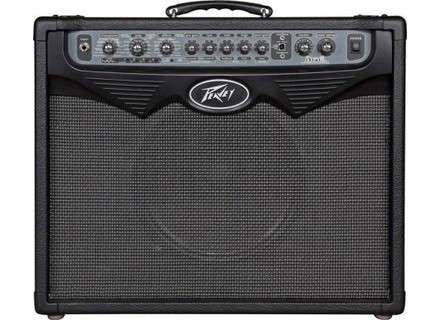 The Vypyr is loaded with effects and models, but it is easy to just plug in and play. This amp has enough different sounds in it that one could spend hours just experimenting and seeing what tones are in it, but it's not so deep that it's easy to get lost. Getting a good sound isn't an arduous process - with all the different amp models in there, one can scroll through quickly to find the general basic tone one is going for, then tailor the EQ from that and add effects. The small LEDs show what the settings are, so one isn't wondering "where am I?"

For a small practice amp this size and this price range, the sounds are great. The amp is loud enough to practice with a band, as long as the drummer doesn't hit hard and the others don't have half stacks. The amp models are long on tone, but that doesn't mean they feel just like their original counterparts - it's unreasonable to expect miracles here for this price range. But for the cost, this amp has great sounds. The reverbs and delays are luscious enough, and I particularly like the reverse setting on this amp - it seems easier to get in the old Jimi Hendrix vibe with this amp's reverse than on most pedals I've played.

Again, for the price, this is a great deal. It allows enough for the beginning or young guitarist to play with without getting bored, and it allows enough flexibility for a more experienced guitarist to get a good practice tone that is close enough to what the main rig sounds like. I'd recommend this Vypyr amp to anyone.
Did you find this review helpful?yesno