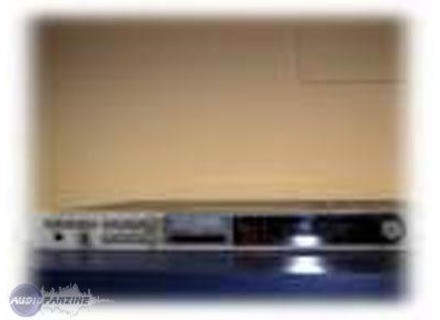 View other reviews for this product:
Multi-purpose circa 1990 Submitted to the advantage of having four lanes. On paper the comparable CHARACTERISTICS what was the era in all brands. So the 16-bit, which is not a forcment inconvnient.
Note: This equipment displayed silent 14 000 francs (help!) When it was released. I acquired one year to 4000 francs APRS, new price. It would have to alert me!

The trouble begins!
While it requires nothing more than to have four lanes or two lanes indpendantes Stros, you are entitled a choice of four paths more or less hybrid, each corresponding effect type prev ent A, B, C or D: Yes, especially obscure and can not be less convenient.
In addition, custom settings effects are more effective, which only further complicate the use of the thing.
Last but not least: I quickly realized that the Zoom 9010, moreover dpourvu a grounded, sent allgrement juice in my audio system.

Altogether one of the few (but entertaining all APRS) bad business I could in my long couraging user begins CF career (and thus acqureur) of audio hardware. I'd give a lot to know that Mark Knopfler has been drawn from this contraption, adpasse understanding!
See the source
Did you find this review helpful?yesno
Cookies help us improve performance, enhance user experience and deliver our services. By using our services, you agree to our use of cookies. Find out more.