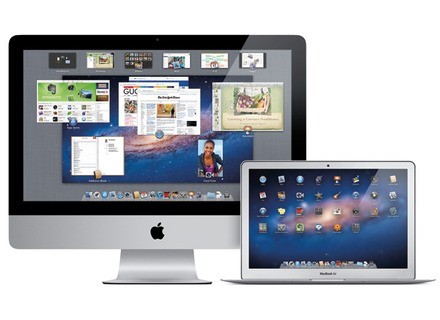 View other reviews for this product:
Apple's Mac OS X Lion is their newest intel-based operating system, and I currently use it on my MacBook Pro (which I am using to write up this review!). It is the eighth and current major release of Mac OS X, and it is used on both desktops and laptops. Officially, it is version 10.7 of the main operating system line, and some of the new features include AirDrop, FaceTime, Launchpad, Mission Control, and much more. The layout and features mimic the popular mobile operating systems from their successful line of iPhones and iPads, with the inclusion of things such as the app store. It may seem a little odd having an app store on a computer (where you can simply download applications from any source), but the app store provides a nice hub for finding great software, and installing that software seamlessly and quickly.

I've always been a bit afraid of Apple computers, and their operating systems, OS X or otherwise, even though I've been using iPod's, iPhone's, iTunes, and other Apple software/hardware for years. But I knew it was somewhat necessary to make the jump to Mac's in order to do live synth sounds for my band, so I took the plunge and spend 1 grand on a refurbished Mac OS Lion system. And overall, the operating system works even better than I expected. The response and control of the operating system by the touchpad is seamless, and it really shows how combining hardware and software under the same name umbrella (of Apple) can be extremely powerful. I love the multi-touch, the gestures, and the integrated right-click, and how all of them work wonderfully in the software operating system.

Overall, Apple still makes some of the best computing hardware and software that is more compatible with professional audio, and certainly Mac OS X Lion follows that same trend. It is integrated so well with the hardware, which is crucial for low latency applications, such as audio.
Did you find this review helpful?yesno
Cookies help us improve performance, enhance user experience and deliver our services. By using our services, you agree to our use of cookies. Find out more.