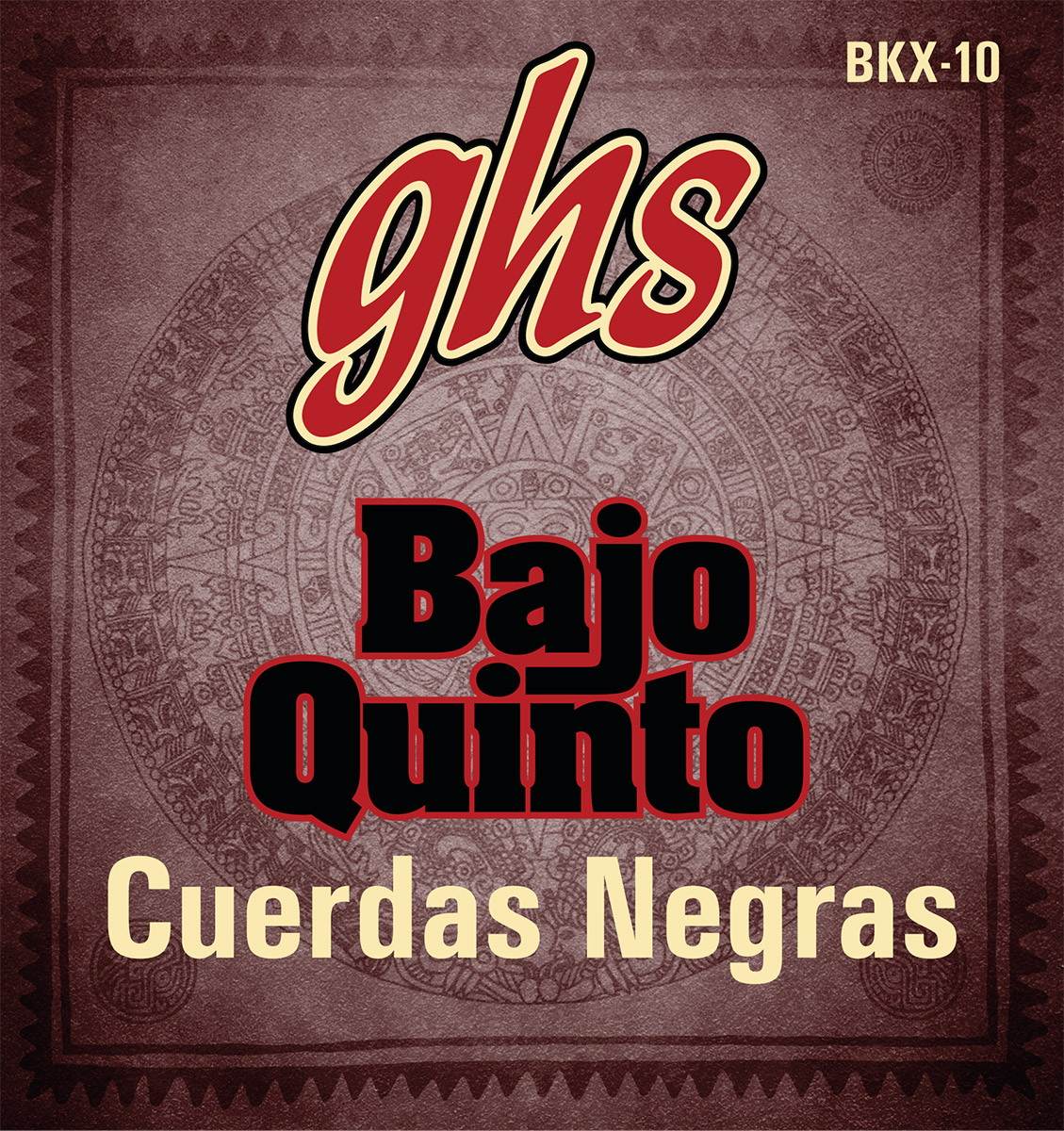 Other Accessory for Musical Instrument from GHS .

The Mexican Bajo Quinto looks like an oversized acoustic guitar, except for the fact that if features five pairs of double steel strings which are played with a pick, with the emphasis on the bass strings. Often paired with the accordion in Tex-Mex, Conjunto and Norteño music styles, the instrument is apparently currently enjoying a revival. The introduction of GHS's new, black coated Bajo Quinto Cuerdas Negras are said to be a direct result of the high demand from players for colored strings, as Bajo players reportedly like the way the coated strings feel and how they catch the eye when played.

The GHS Bajo Quinto "Cuerdas Negras" black coated stainless steel strings are said to be designed to ensure long life and tone. They are made with Loop Ends with Lock Twist so as to give the best possible tuning and tension. Like the Stainless Steel Bajo Quinto string, they feature a heavy core wire which is meant to provide strength, volume and bright tonal qualities. The set comes with the following gauges: 024/024 036/036 046/046 062/30 078/036 - plus, a sixth pair is available to purchase for Bajo Sexto players in 46/92 gauges.

The GHS Bajo Quinto Cuerdas Negras are already available though no MSRP was announced. More details at www.ghsstrings.com.