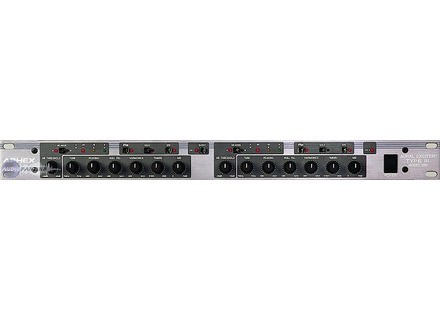 View other reviews for this product:
The Aphex Aural Exciter III is a harmonic generating plug-in that is modeled after the classic Aural Exciter from Aphex. The Exciter has been used since the mid 70’s and has made some really good albums of our time. It was great to hear that they decided to bring this to the software realm so us engineers of today could still have access to such a great bundle. The Aphex Aural Exciter III is can be used on Windows and Mac systems. It works with any version of Pro Tools for either system including Pro Tools HD.

Installing it didn’t take long, but it was a bigger install than I thought that it would be. It took up more hard disk space than I thought it would. Using it as a plug-in for Pro Tools has gave me another useful tool to have for mixing songs. It does cost 495 dollars and that does seem a lot to pay for just one simple plug-in but you will have to try it to see how good it actually is.

I do wish that it had a demo download on it before we purchased it that way we could know if it was something we really wanted. We sort of took a shot in the dark when purchasing this off of word of mouth because we had no idea how good it was or how it was going to work with our set up. We just went ahead and purchased it and have been using it almost every single session since the time we purchased it (purchased it in the spring of 2010).

I highly recommend this to anyone who is a Pro Tools user, if you are a certified Pro Tools user I am sure you already have this plug-in or have used this plug-in. It is definitely a must have!
Did you find this review helpful?yesno