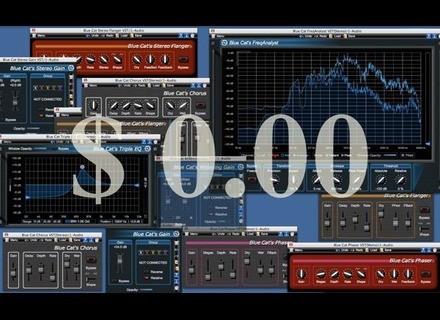 The existing 32-bit and new 64-bit versions of the plug-ins can be installed on the same machine and will share settings. 64-bit support is in final beta stage, so the company welcomes feedback about the usage of these free plug-ins.

Blue Cat Audio has also announced a 15 to 25% discount on its entire catalog of plug-ins until December 31st, 2009.

Existing customers are granted an even higher discount (40% off) on all plug-ins as well for the same period.