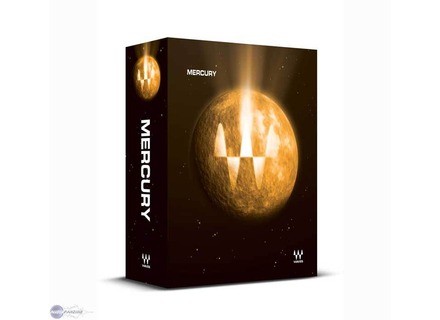 Mercury, Other effects bundle or multi-effect from Waves.

Buy this productView price information >
View other reviews for this product:
Waves is probably the most famous plugin manufacturer in the entire world. Their list of plugins is ridiculous, and their quality is unbeatable. Anybody who has a recording studio will tell you that Waves plugins are some of the first things they buy due to how versatile these are. It would take forever to list what plugins are included in this package. There are hundreds upon hundreds. And you can tell that by the way it costs. However, it's worth every penny. You'll need your iLok to use this, but that's not a huge deal. Some people hate it, but I can easily deal with it considering the quality software I'm getting.

Waves plugins have saved my recordings time and time again. They're absolutely invaluable towards people like me who have smaller recording studios and can't afford to clutter up their space with tons of different outboard gear. I know this is an expensive package, but this is the second best investment I've ever made, next to my mic preamp I'm currently using. However, please don't pirate this software. You're taking away tons of R&D money from Waves whenever you do this, and it hurts those of us who try to support the developers.
Did you find this review helpful?yesno
Cookies help us improve performance, enhance user experience and deliver our services. By using our services, you agree to our use of cookies. Find out more.