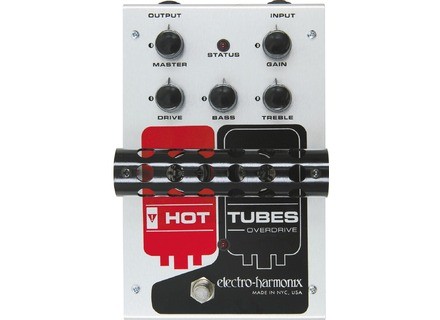 View other reviews for this product:
I bought this pedal at Music123 for around 170 euros (that's also 170 dollar). I bought it via internet because the price i had to pay in regular stores was to high for me (269 and up). You may think Fuck! Internet??!! I'm gonna get robbed but so far nothing went wrong.

I tried out shitloads of pedals, a small summary

- Boss DS1 pretty good, a little too much treble but nice
- Ibanez Tube Screamer (TS9)I've heard a lot about it but I was a little disappointed, the crunch was only really there when you played chords with all the strings, not with single notes whitch I found important
- Big Muff, cool, nice crunch but not versitile enough.
-Boss DS2 Turbo Distortion, It was cool with the double functions (cool detail, when you play Red Hot Chili Peppers the distortion is exactly perfect, because John has the same unit)
-Carl Martin Rock Zone, it was okay, but the (revolutionary) Wave Guide was a bit complicated to figure out in the time given.
-Carl Martin FUZZ, It was not wat I was looking for, to...well...fuzzy.
- The Brat (or whatever), strange and had really irritating design (the knobs had names like Balls or Crunch, the thing should burn in hell

Well what's good about the hot tubes is that it's extremely versatile and you can create a lot of sounds with one unit. The only ones that could do that too were the DS2 (turbo distortion) and probably the carl martin thing, but i didn't test that one a lot. Furthermore it's tube distortion that has a great effect. Elektro Harmonix rocks too

The power supply is a bit strange. But shouldn't be a problem.

Well a good steel casing and the knobs look strong and well attached. The tubes are mounted under a stong protection thing. Look at ehx.com for pictures and mp3s

Just the best out of what I tested, and thereby beating a lot of respected effects boxes (Big Muff, DS1, Tube Screamer). Just extremely versatile ranging from blues to metal.