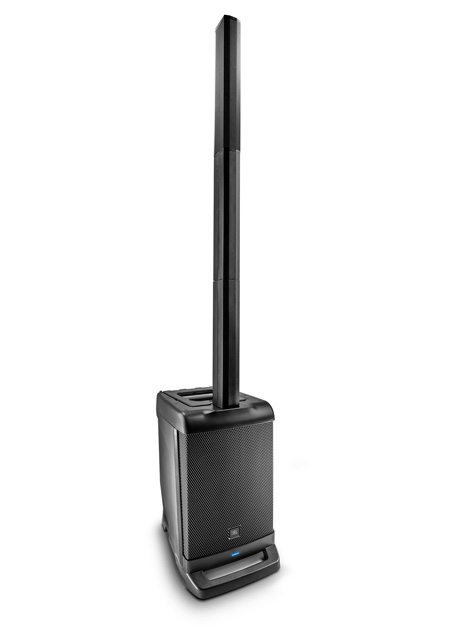 « EON One - Late to the Party, but Welcome Nonetheless... with one gripe »

Publié le 02/14/17 à 13:39
Value For Money : Excellent
Audience: Anyone
Already an LD Systems MAUI 28 Line Array owner, I was tiring of lugging the Sub-woofer portion of the system(62 lbs) up multiple flights of stairs. So I began looking for a lighter alternative.

The Bose L1 Compact lacked the power-overhead my solo act demands. Not impressed by the other systems I surveyed, I found the new EON One advertised online, and being an old (and I do mean "old") JBL customer, I bought the EON One without even demoing the system first.

I gig about 3 times a month, on average. The format is acoustic classic rock & originals, using backing tracks for most (but not all) of the material.

The EON One fills the bill. Sound is clear, System is very simple to set up and use with more than enough power to fill a good sized (150 people) room, with volume to spare. And light enough to carry up and down stairs without killing myself. Added plus - the three tower segments pack right into the base, making load-in / load-out even easier @ 42 lbs total, vs the Maui 28 which is more than twice that.

Only gripe? JBL advertised a promotion for a free matching JBL carry bag for the system, that I've yet to receive. And multiple inquiries to the company have netted me 'zip' responses. "Shame", and "lame" JBL... And no... I refuse to shell out $130 to buy what you were supposed to give me for free.

Bottom line? Out of a possible '5' I give The EON One a '4'. If not for the crappy customer support in not delivering the free carry bag, It would've earned the '5'.
00