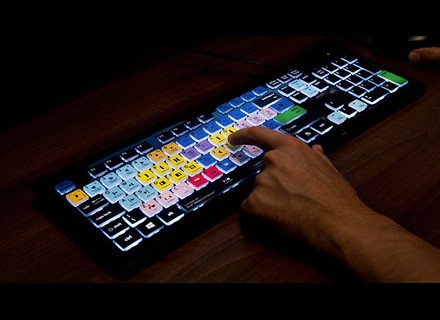 The idea may be a bit absurd, but seeing your keyboard when working in low-lighting conditions may be a real challenge.

In the light of this observation, Editors Keys developed backlit shortcut keyboards for audio and video editing software. The shortcut keys are color-coded so you’ll easily distinguish them in the dark.

The project has already been funded on KickStarter so the first models will starting shipping in December for PC models, Mac versions for Logic Pro X and Final Cut Pro X are expected a few months later.

Pricing starts at £79, you can give less and receive goodies or more are customize your keyboard.