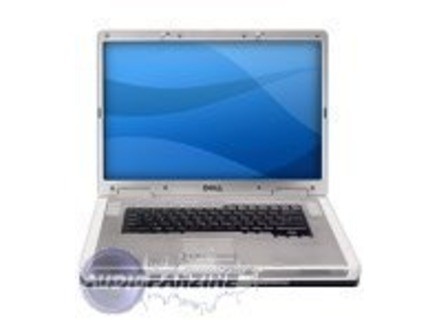 View other reviews for this product:
Well, I put a notice anyway because I'm really surprised
I thought a laptop was necessarily less powerful than a fixed ... well NO!
in my processor T5600 (2x1, 83gHz) beats an AMD 3800x2 (number of playable notes along with the preset C119, Hold Down Those Keys, the Z3TA + (default store) after activating the oversampling x2: 7 ratings 10ms in the 3800x2, 9 notes on the T5600)
for use in music with Cubase SL 3, I did a little test with 16 stereo tracks + 10 VSTi instruments, all playing simultaneously: the occupation was no drive (yes the audio was loaded with loops so small repetitive patterns of light and enough RAM), CPU occupancy to 50% (yes it depends on the VSTi used by the Vanguard, Adventus, Jeskola, Crystal, Synth1 ...)
For all my other projects (including the musical quality is questionable ...): I have never been limited by the computer (only by myself!) (Even with convolution reverbs 2 SIR 1011)

I took the screen "normal" 1440x900 it should be recognized that we must direct it because otherwise the bottom of the screen is brighter than the rest of the screen, but otherwise he is fine
I did not take the graphics card and I do not regret it (yet ...), I never play (no time!) and the occupation of the memory due to the graphics card is 11MB (I'm in 1440x900 32-bit) so it's not too penalizing
I took only 1 GB of RAM is my only regret for the occupation memory I have when I launched Cubase SL 3 is 435 MB, so I'm left with more than 541 MB to load the VSTi and audio files
It is true that at present it is enough for me but I fear that one day this gap I have a problem (the day I would make the project of the century!)
Note: I advise you to uninstall many programs included with the PC to free up CPU and memory (in my case I have completely reinstalled the system but on reflection I do not think it is really essential: it takes a good half day and we must have ordered the CD to reinstall XP and Resource CD)

Conclusion: very good PC for someone who wants a laptop (though it has problems with a laptop: keyboard not as good here no keypad, always have to plug and unplug cables when it resumes on his desk ) ... ah it is difficult ... the gentleman
See the source
Did you find this review helpful?yesno
Cookies help us improve performance, enhance user experience and deliver our services. By using our services, you agree to our use of cookies. Find out more.