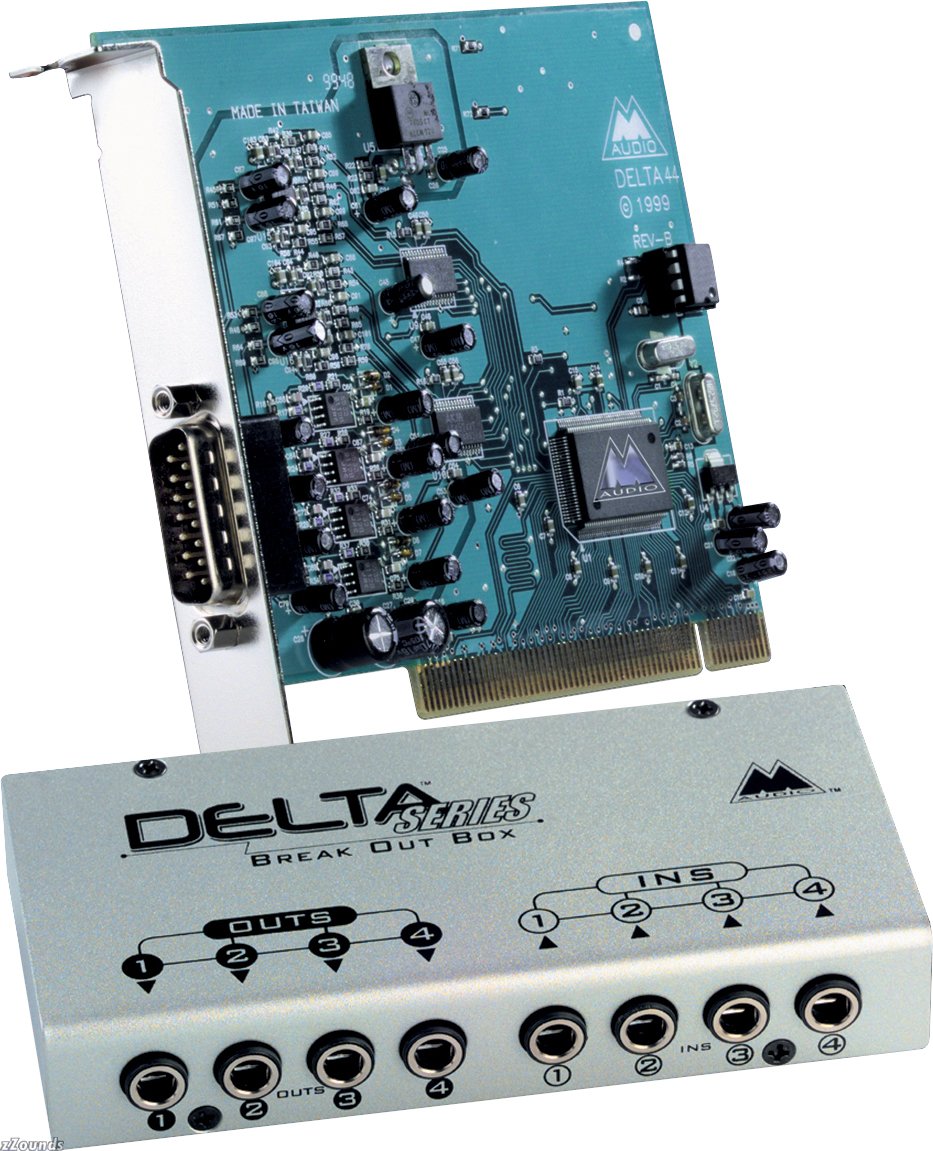 PCI/ISA + Rack Soundcard from M-Audio belonging to the Delta series.

View other reviews for this product:
Jensoft
Publié le 12/26/03 à 03:32
4 inputs, 4 outputs, this is a small sound card following rpond perfectly my needs for a price that is affordable.
The uses range from the Home Studio with Cubase SX and assist night in with Tractor DJ from Native Instruments. For the Home Studio, especially c'tait entries that m'interressaient then taient plutt 4 outputs for accessories (By the way I would have AIM 6 outputs).
It runs on a P4 2.4Ghz with ASUSP4PE, 1024MB DDRAM, 80GB hard drive with 8MB cache 7200tr.
It connects a small table Behringer MX1804X and all conections are 6.35 symtriques jack.

You know the Plug And Play? Ben is the same, you connect, you turn on the PC, you install the driver's fingers in the nose and you're done!
I had no incompatibility with the card, everything works perfectly.
Gnrale configuration is very simple to use with a clear interface.
I have not had need to read the manual.

The drivers are trs stable, no crashes for almost a year of use.
They are not used often, but what good days as given that there is nothing to correct.
The software I use most often with this card are Cubase SX and Traktor.
Climbing with a Traktor frquence of chantillonage of 88,000 Hz, my latency is 0!
The act of running the 8 ports simultaneously does not seem Drang.

I use it since March 2003.
I like the quality of the converters of this card: it's great art., What I repproche? May be the rigor to the impossibility of any routing you want with: let me explain. It is possible to configure the two outputs of several Stereo Manir: either outputs 1 and 2 = between 1 and 2 and similarly for 3 and 4, the output is nothing do with the entries. Can be t would he nice to have more choice. But yrflchissent a little, what good is not used ca ...
I have not really had the opportunity to EESI for other models but I have a friend who possde a Hontech 8 in / 8 out and he often having their Pantages card and again, the drivers for the card to Cubase SX 2.0 tojours are not out when I have not even felt the need to update my drivers myself.
The quality-price ratio is exlent I think, hard to beat!
With the exprience, I would do without this choice Sitat
00