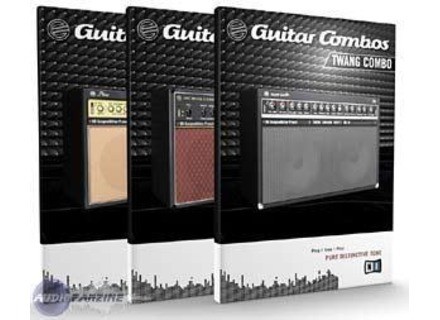 View other reviews for this product:
Note that this test applies only to the AC Box Combo, having bought that the other two n'tant not fit my style of music and I was much less charms.

For installation on Mac OS X Tiger, no worries individuals.
At the end of the installation folder in Applications cre opens automatically. Simply connect to the net, then open the mini-application Registration and to be guided. See you then the site of Native to register and get the code dverouillage.
Too bad the site is as Native slow, even with a large 8 GB ADSL connection!
And then, well, it's still a bit tedious, but we will not blame them either to secure their software ... And then it takes 10-15 minutes to break everything.
Be left on the site NI, as well take advantage Tlcharger to the PDF manual in French. It is brief, but clear.

No problem configuration level. On a 2x2 Ghz G5 with OS X Tiger and Logic Pro 7.1, with a latency 3ms rule, while Roulle impeccable. Super stable.
AU Manager recognizes the plug without flinching.
Good at the same time, with a G5 would be a bit of luck that there are problems at perf ...

I use it for 2 hours in version complte, for 2 weeks in demo version (which is the same in fact).
Its level is much less head that made Guitar Rig tweak and adjust. It's simple, clear and concise. And the quality is terrible, a bit above I found Guitar Rig.

A handy feature in Stand Alone is a loop that can run (several styles available in the menu bar) and costs presets during playback. You can change the rglages, save in passing, etc ... It helps to know what a particular button an influence. I had never seen until the present. Had to think.

The rglages are not many, an assignable control surface in Logic, and can honestly s'clater. For compounds Pop-rock, the Ac plug Box is ESSENTIAL!
See the source
Did you find this review helpful?yesno
Cookies help us improve performance, enhance user experience and deliver our services. By using our services, you agree to our use of cookies. Find out more.