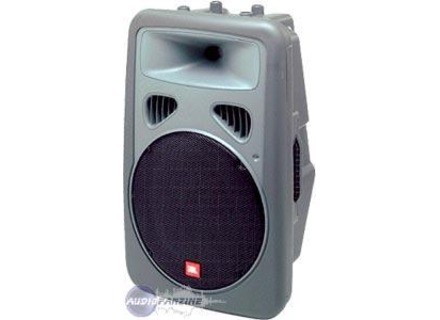 View other reviews for this product:
JBL user since 1977 I heard used EON amplified.
These speakers are formidable by their dynamics, precision treble frequencies, especially rapidity of establishment notes either in production (CD) or reproduction (concert rock, jazz)
JBL still the dmontre know who surprised everyone by the shape of the enclosure as prcdente series trapzodale M350MK2 which they were the forerunners. Copies of all then, as usual, but without sound!
JBL through J.DEFRANCE Parisian specialist sound all the same has sold the first year of the release of this "bomb" over 1000 pairs s / Paris!
Italians o I am often on business swear by these speakers! VIDEO ITALIA look if you have GST or CHANNEL sat, EON are everywhere!
There was a lot of copies all plastic while the JBL EON is not entirely plastic! JBL has more than one trick up his sleeve, but to know it was going to HARMAN ROAD SHOW or all of the very high-end products HARMAN group were prsentsy including JBL VERTEC !!
See the source
Did you find this review helpful?yesno
Cookies help us improve performance, enhance user experience and deliver our services. By using our services, you agree to our use of cookies. Find out more.