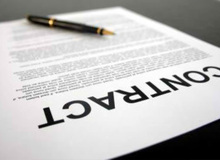 Get the Most from Your Album Release

Today, it's easy to get your music distributed. But if you want to maximize your promotion, it helps to put together a timeline and plan your release. Promotion is time-sensitive, but if you can coordinate the press, new media, and social media, you'll be able to time your coverage to hit all at once. This combined exposure can build buzz that may sustain after the release date. The key is to break the promotion steps down into bite-sized chunks so you can start generating coverage — even while you work on the music. Follow this timeline to get the most out of your release.

1 year to 4 months before release

During this period, you'll want to share details about the music production process to build awareness and excitement about your project.

If you feel comfortable, share demos to get your fans invested in your music.

Post pictures and videos of the recording process, your studio, new instruments, etc. on social media while you're in production. This builds awareness and allows fans to participate in the process.

If you decide to crowdfund, start your campaign at this time. Crowdfunding can promote your release by letting fans "buy into your dream.” Probably the best crowdfunding sites for musicians are Kickstarter and Indiegogo.

If you’re planning to release your album on vinyl, you need to allow between 4-6 months of lead time, due the current shortage of vinyl-pressing facilities. To avoid having to push your release date back while waiting for the vinyl copies to arrive, make sure to get the music finished well in advance. Remember that you’ll need special mastering for a vinyl recording, and different sized artwork.

4 to 3 months before release

This timeframe is about planning the press campaign, release event, and promotion team.

Update your website and social media so that when you talk to the press, your public presences are up to date.

Decide on the type of release event — whether it's a show or listening party — and whether it will be streamed online. If it's a live event, book the venue now.

Next month you'll be sending press releases, so update your press materials now.

Pull together friends, family, and fans to help promote the release and get the word out.

3 to 2 months before release

Usually by this point, your music has been completed and your focus should be on preparing for the release. However, if you plan on finishing your music closer to the release date, you'll have to put off some of the following steps (and you might not get them all done in time).

Create a countdown on your website and social media to create some buzz and get your release event on the calendar.

Register all songs with both PA (song) and SR (sound recording) forms at the US Copyright Office. You can lose statutory benefits if you don't register before you release them publicly.

Create MP3s of your music that are fully tagged with artwork, song, and artist info so that music journalists and others can find you if they like your material.

If you’re planning to have copies of your album in CD format, now is the time to get them made. The lead time is typically a few weeks, and way shorter than vinyl, but you want to have that done in advance, along with any artwork that will go with them.”

If you're going to hit up traditional media like magazines, newspapers, and Pitchfork, now is the time to contact them about your release since they need about three months of lead time given their publishing schedule.

Enact your marketing plan and start getting the word out.

2 to 1 months before release

This period is about getting your music distributed, heard, and promoted locally.

Choose a platform like CDBaby, DistroKid , or Tunecore to get your release up for sale on iTunes, Amazon, and other digital sales outlets. Be sure to set them all to release on the date of your event.

College and public radio can take as much as two months to decide whether to play your music. To get public radio play, try All Songs Considered, which accepts submissions if you mail them a link to where the song can be played (allsongs@npr.org). To get played on college radio, use Wikipedia's list of College radio stations, and find stations and shows that play your genre of music. Research and follow their submission guidelines carefully, and also contact the music director or producer directly to increase your chances of getting played. Finally, make sure you send them the official release date since you'll want to have your music available for sale when they play it.

Contact your local media about the upcoming release and invite them to the event.

It's go time. Your promotion should all come together in this month to maximize exposure.

Amp up your message to get the word out to everyone. Ask fans to spread the word and use social media to countdown to the event.

Some new media post announcements and news they receive immediately so target them only when you're close to the release date. That way the music is already available for sale when they mention it. To get covered on new media, find artists with similar music to yours and target the blogs and particular journalists that have covered them. Blogs are usually informal, and all you need to do is email them, although larger ones might have submission guidelines that you should follow.

When the release date arrives, make sure you have others promote the event while you participate in it.

Have someone on your team take tons of photos and videos. You'll want photos for posterity, as well as for content for bonus material in the future.

Have someone on your team post photos and videos of the event as it happens since you'll need to be engaged in the event.

If you can, stream the event in real-time so your fans who can't attend in person can watch over the internet.

Keep the momentum going by continuing to promote the release.

Retweet, reblog, and echo good reviews and comments about your release. Interact with fans to continue to generate buzz.

Promote your music on MP3 Blogs, podcasts, and websites. To get on MP3 blogs, check out Hype Machine and find blogs in your genre. Then research and follow each blog's submission guidelines to get your music considered. Podcasts and websites usually just need an email from you. And you can get your music into popular public playlists on services like Spotify, by simply contacting the playlist owner and telling them about your song if it's a good fit. If you get added, it can dramatically increase awareness and plays.

Unlike traditional media, the new media will keep covering releases after the event.

Keep promoting your music — don't stop simply because it's been released.

By following this timeline, you'll be able to build the buzz naturally while coordinating press, new media, and social media to hit all at once. Plus, you'll ensure your royalties are set up to capture plays and generate revenue. If done right, this combined exposure can last long after the release date has passed.

Randy Chertkow and Jason Feehan are authors of The Indie Band Survival Guide. According to Billboard magazine, “[Chertkow and Feehan] are the ideal mentors for aspiring indie musicians who want to navigate an ever-changing music industry.”

[Album photo courtesy of astrangelyisolatedplace. It was adapted to fit in the preview spaces]