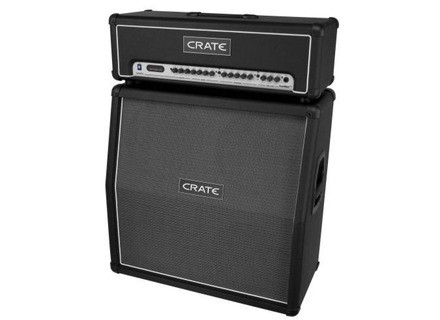 It is easy to get a "good" sound from this amp. Plug the amp in, plug a guitar into the amp, plug in footswitch (optional), and start playing. The amp was well built and pretty tough. It's easy to operate all of the effects and controls if you are familiar with guitar amps/basic effects.

I've used a Les Paul, Strat, SG, and Telecaster through the amp. This amp gets loud. Louder than I've ever needed it. Even at gigs it was nowhere near full volume. That being said, the sound quality is rather poor. The cleans sound really thin and tinny. The distortion sounds thin and grainy. It was nice to have the headroom to go from fully clean to fully distorted live but the tones weren't good. I've since upgraded to tube amps. The difference in tone is night and day. I used a few pedals in front of this amp and they all worked pretty well. The built in effects sounded pretty good for built in effects but since the initial tone wasn't great to begin with so it's hard to judge. This amp is capable of playing very high gain music (Hard rock, Metal) and sounded better distorted than clean.

I like that this amp was relatively cheap and loud but it sounds like crap. I bought it when I was an inexperienced guitarist so it was fine for the time but when I wanted to fine tune my tone I moved on. Since most clubs mic your amp anyway I think that smaller tube amps are the way to go. Knowing what I know now, I would have gone back and invested in a 5-15 watt class A tube amp instead of this amp. If you really need the extra volume, its worth the investment to buy a more expensive amp.
Did you find this review helpful?yesno
Cookies help us improve performance, enhance user experience and deliver our services. By using our services, you agree to our use of cookies. Find out more.