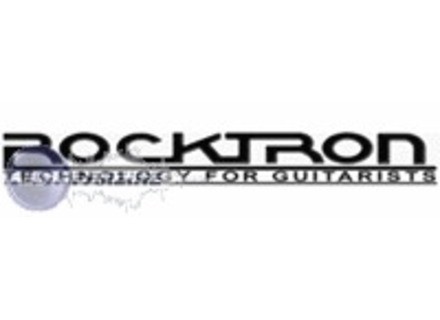 Prampli guitar transistors.
128 modifiable memory, controllable by noon, effects loop can be activated or not according to the presets.
Direct output (to connect a console to mix in the studio or in concert) and output amplifier (to power amp guitar).
A self-wha intgre (of average quality ...), rducteur noise Hush ...

In the first SLA, it is not very intuitive. But we soon learn to use APRS and trs is simple. Those familiar with Rocktron rack as vooduvalve or Intellifex will not dpayss.
The 128 is largely sufficient memory to my got bored and we do not have with effects galore. Everything is down on a type of saturation, level and legalization paramtrique (if you flat!) Effective. It is little to choose between several types of loadings from the fender to the mesa-boogie through the marshall. The goal is not to reproduce the same sound, but to have color. A bluesman choose a more Fender and play a more metal Mesa.

A little difficult at first (not trs SETTINGS intuitive as a classic amp), but once mastered it is a breeze.

J'apprcie the effects loop or not activated following each preset.

Walking around, you get fast enough trs sound friendly. I plugged it into a Marshall 8008 power amp 2x80W and a Marshall 1922 cabinet with 2 Celestion HP. Despite the "all transistor", the sound comes out of the BTE is more than convincing. It sends the pt. We get a big sound very easy to play punk, hard rock, or metal. For crunch, we must look a little more, make some rglages, but once it rgl trs well.
The sounds are quite clear, however, peoples and lifeless. It is also not empty find a "True" clear sound, sound as often soiled by a small but nanmoins Submitted, distortion.
In the IDAL, used with an A / B box to switch between this and another prampli.

To avoid: the direct output (to console mix). It sounds not a caramel and it seems to play in a bee hive ds you push a bit with a big treble distortion.

I bought it used a friend who was not using it. He used to do a lot of records and sometimes RPET.
If that does not sound clear trs, trs is good considering the price (bought in 2000 francs). Also very practical for sounds distos prrgls.
What I like: the legalization paramtrique
A good config for connoisseurs: Guitar to amp, preamp in the effects loop as a "distortion pedals of" a looper / switcher audio / midi and pdalier twelve o'clock to control everything.
For the price, nothing wrong.
See the source
Did you find this review helpful?yesno
Cookies help us improve performance, enhance user experience and deliver our services. By using our services, you agree to our use of cookies. Find out more.