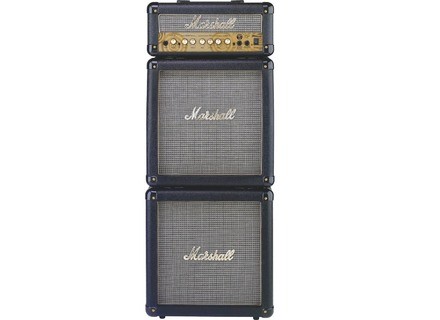 View other reviews for this product:
-Transistor amplifier
-2 10-inch speakers that delivers 30w and 15w amp
Blind-connector cable to connect two speakers to the head
It is super-simple 2 channel levels rglage a clean 1 1 reverb distortion bass contour high
He's a cd conection and a headset connection (but hey I n voi no real interest would have was more useful to a footswitch and a conection conection loop effect) is such that both a living room amp .

-Configuration is very simple not complicated at all simply plug the jack on the head and rolls his own and walk tonnerre.Le HIC big for me There is no possibility of putting a footswitch to switch the channel sature.par against clear we have the opportunity to make a great home for stro soi.un another snag is that it also nya no effects loop then the delay reverb adios unless you m ti PDAL of a reverb or distortion before the delay but more of Zakk Wylde

regarding the sound is round and square trs both a saturation just no fuzz effect has half a good rhythm and a powerful grain trs obviously talking about the amp Zakari Wylde So big big big sound, but by lowering the gain can also have a hell of overdrive and clean bass medium remains acute trs resonable.
the manual is clear trs he explains that the amp that Zakk Wylde uses for heat before you get on stage there are 5 mdiators Zakk Wylde and a poster collection of ultra ugly lui.Je would be lacking in super such an important case to carry or at least protection.

I now this will do five months I use in my living room because the light must be an amp that is used or not rpeter live plus it is a bit boring but it has a transport even as boil a superb vintage amp can put in the living room and that can be used to, any hour of the same people who goes home and who do not know if music would love to have just for decoration.
at the price I pay 350 euros but a SERIES limit a signature amp and amp that n is not aware of all one can CHRE but for me it has several functions m 1 it leads 2 it is robust 3 deco island serves me in the living room 4 his stack allows a signature is not expensive and smaller. I would do my choice without worry because I'm having a tare.
See the source
Did you find this review helpful?yesno
Cookies help us improve performance, enhance user experience and deliver our services. By using our services, you agree to our use of cookies. Find out more.