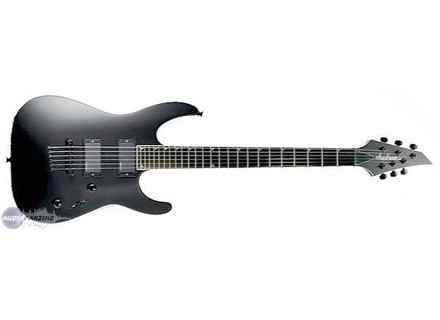 View other reviews for this product:
Jackson Soloist MIJ (Made In Japan what!)

Mahogany neck-24 boxes, mahogany body, affects bne, pearl piranha again (no perloid for once they could afford, given the size of the back!). The wood of the button is nice, but less flattering, less homogne, rgulier as the US MODELS.

Two EMG Hz H3 (raisin bread and liabilities). The mga weak point.
The finish is much better than the rest of the current Japanese production in Jackson (Jackson said that Japan Premire of the beginning of the 90s were competing with the United States). But still the default (including the quality of wood, finish, trs good but not exceptional).

Sacrment sculpt the body is curvaceous, like the Ibanez Sabre. It is really less of mahogany, and less good vibrations has!

The neck is fairly wide and flat, it is trs enjoyable and feels lese IMMEDIATE! The finish is satin apprciable (I do not support gnralement varnish sleeves, the hand remains as glue viii, I sweat of mimine, so what?!?)
It's all lgre, trs good balance, laction is low. CCAA treble is exceptional, one of the benefits of building race driver.

When empty, the sound is balanced and rich trs, a bloody compar sustain my other guitar (mahogany, and neck-through-string, if it is not sound with !!!). It sannonce well!

The thing annoying is the volume knob too close to the microwave bridge, the long, Gnant is more than anything else.

Aeeeeuuuuuh! Tain, the EMG H3, cest really not my thing. Quite noisy, not so good in clean, without tural personality they do not transcend the bte. Well, eyeGO not do the guy's, I doubt men and my team have done aussitt SLSMG dun lil kit EMG undergrowth.
Haaaaaaa, was going much better. Sustain, once the guitar properly RULES (that is - to say better than that jai MODELS dexpo essays) is really audible and enjoyable! She rings the matron!
It has a nice little personality and is versatile enough (well, it has two double non-splittable, do not sound hollow sattendre strat either, eh!). The sound is amazingly warm (and yet I put two EMG 81 in molars). Jai did say amazingly warm, friendly and non-trs, cest not an LP with Alnico II, eh! full of good and low mdiums pchues, there's no wiggle, it sends! Not surprisingly, it will hardly serve as a lead guitar jazz.

In short, with microphones worthy of the name, it MRIT a big fat 8 or a 9. With Hz, the EST 6 / 10 (ouaiche, with its wood and its sustain, it still leaves quite sen, DK2 compare one or DXMG).

ARRF, simple but effective matron! Well, once again, the pickups original post, not the foot EST.
By the way, she had a couple of mods, just to make it even more enjoyable: Sperzel Trimlok MCAS, bridge Tonespro blocking (story not to wallow laction and / or inadvertently linton) and Straplok Dunlop (as on all my guitars).
Again, I think Quil is happening something between us. Not lamour pest, but there is one thing

Addition, 24/12/2005: sold a little heart-cons this year, I miss her a little, matron!
See the source
Did you find this review helpful?yesno