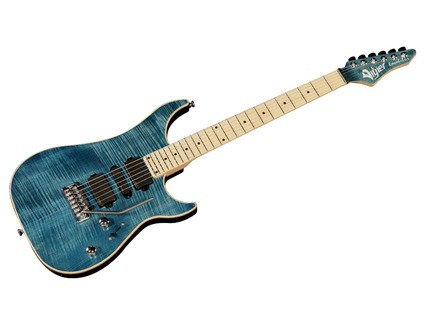 Excalibur Ultra, STC-Shaped Guitar from Vigier in the Excalibur series.

View other reviews for this product:
The position of the site before and résumé well. (I speak of default)

it is a Super Start with a round of madness ....

the default:
the back of the body is black! shameful for the price of this skyscraper!

L is the high quality ... it sounds it's egg alone.

I think all of pocesseurs Vigier agree on this point l.

L is for the Ultra spcial is fitted with EMG pickups and must love these, I sell them so ..... : (

I think instead that the EMG on a Vigier's really hard to sound or ultra modern. But really good for big hard today. The EMG are talking like the boss and I disagree with the opinion .... Previous
The vigier as a scratching trs prcise him flanker of the EMG is becoming a really great prcis. The Excalibur has a single default I think is that it does not! LOL

Sounds a little roots, vintage prcis not too full of characters it's hard to get. I also have a Samick Valley Arts which I am and I admit trs imprssion have his best (for my style ... classic rock 70's, blues, crunch etc ...) mm if the violin has nothing to do.

So I change my pickups for SD Phat act and we'll see. j'espre have some more characters, bluesy, rock, vintage exagrant.lol

And I think the day we shoed a excalibur Patrice mahogany (body and neck) with handle al ... The world will change the guitar! Excalibur because it's really the super skyscraper
***
In addition, a default of origin. micro center!! What is this thing we hear it ... ! Supposedly for playing comfort, it is down to type the micro empcher with the mediator ... anything ... I think.

And finally the sound is round and warm sustain always crazy!
I have a classic rock sound I like ... I fleurte with Gibby's and I have a simple type with cool vintage strat cabl parallle rails (I had a dj remark little'59)
This guitar is radically diffrent and I like his dynamic sound, more pais, in a crunch and overdrive is rgal! greasy and heavy. and even the sounds of the strat celon micro config

I put my new 8 microphones (CBLS by DNG)

Except for my dception EMG's really a beautiful guitar to try!

sustain, the mouth, comfort a direct sounds really good guitar trs trs.
but I also find it a bit CHRE, I bought a while ago to 2200 and is now almost 2900 .... why this increase Mr VIGIER?? should not arrive in time a policy of Gibson ...