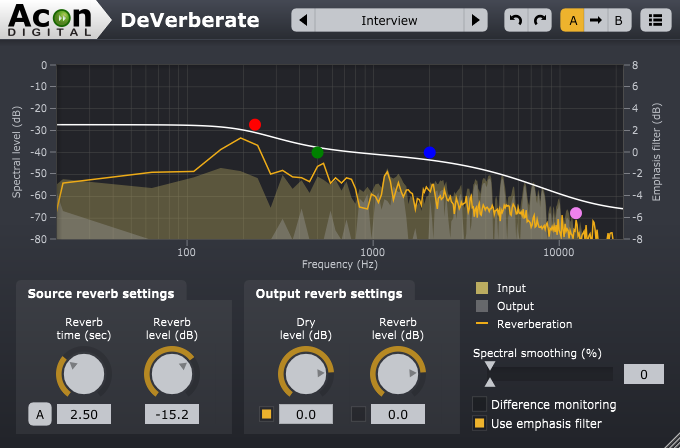 Acon Digital have updated their reverb reduction plug-in DeVerberate to version 1.6. DeVerberate is a plug-in that separates the direct sound from the reverberation, allowing users to attenuate or boost the reverberation already present in audio recordings. According to Acon Digital, the algorithms have been improved to better preserve the direct sound and reduce unwanted effects on the volume envelope. This new version also introduces the new automatic estimation of the reverberation time based on the incoming audio. 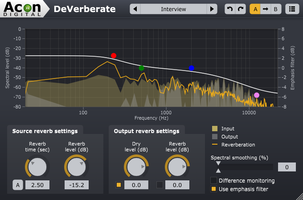 Acon Digital DeVerberate is available for both Windows (PC) and OS X (Macintosh) for $99.90 (USD) from the Acon Digital Online Store. Supported plug-in formats include VST, AAX and AU (OS X only).