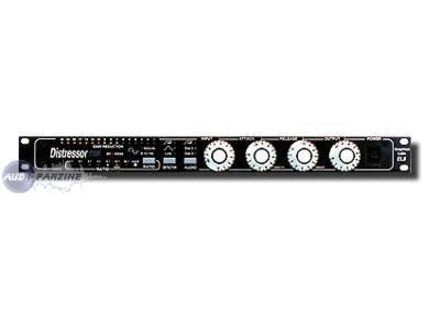 Buy this productView price information >
View other reviews for this product:
The Empirical Labs Distressor EL8 is a single channel compressor that's designed for use in the recording studio. This is the original model of the Distressor as there's also an EL8-X that has a few added features and also a stereo model. For those who haven't heard of it, the Distressor is probably the best modern made compressor, at least in my opinion. It has both XLR and 1/4" jacks for connecting to it, as well as 1/4" connections for stereo linking. It is a rack mountable piece of gear and will take up just a single space.

It shouldn't take too much time to get used to using the Empirical Labs Distressor EL8, as while it's got a lot of controls to offer, it's still pretty easy to use. The main parameters found on the EL8 are knobs for input, attack, release, and output and a button for setting the ratio (from 1:1 to NUKE), but it also has a few other tone shaping options that you won't find on any other compressors that I'm aware of. A manual shouldn't be needed...

The sound of the Empirical Labs Distressor EL8 is nothing short of awesome. It's one of my favorite compressors overall and one of the best for getting that full, modern compression sound. I love using it to track vocals, but it's also great for drums and a variety of other purposes. While maybe not as warm sounding as some vintage compressors, that's what you have those for and you have the Distressor for a cleaner, more modern sort of tone. Overall, without a doubt one of the compressors I use the most.

You really can't go wrong by picking up an Empirical Labs Distressor EL8. It's one of the best modern compressors out there and virtually every professional studio has one. It's not overpriced and can be incredibly versatile. It's great to have a set of these on hand, which we do in most of our rooms, for stereo mixing. If you're after a modern compressor, the Distressor EL8 is what you want.
Did you find this review helpful?yesno