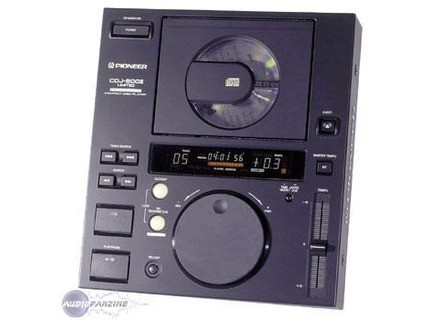 View other reviews for this product:
Hello, some of you have experienced problems with the cdj 500 II, if my experience can serve you is this:
I bought 2 used cdj, as announced in working order, the salesman came to deliver me at home, we tried a few minutes, it worked, hard for me to accuse him of bad faith reading began to jump once it's gone ... The cd was rubbing on the optical shutter. I try the other four keys not working ... Being an electronics specialist but not of this material, I have everything removed, and inverted the top one on the bottom of the other, it works. It remains to fix the other: I moved up slightly from the support disc at once cd screwdriver closer to the axis to distort nothing, checked the height with a card-type payment card placed on the support for visualize its height relative to the axis, the more friction but a "tac-tac" disturbing blowing up the optical block. The night with the board, the idea came from two periods of sleep and if I had damaged the surface with the screwdriver? Bingo! I moved up to fourth coat, it runs well. Remains the key: cola sank in, limiting the race (0.3 mm). I ordered 10, they are basic and cost 22 cents coins. The tests I made in the shunting are positive.
Ask me your questions if you have, I will try to answer.
Alain
See the source
Did you find this review helpful?yesno