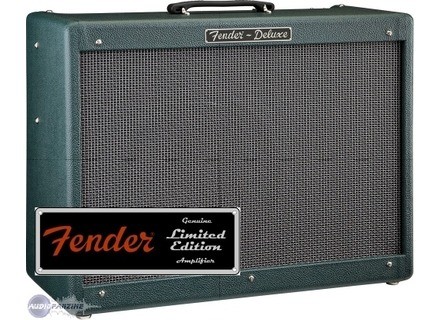 View other reviews for this product:
Amp 40Watts lamp while sending it enormously connection extremely simple, but you can plug in a guitar cabinet supplementaire.2entrées, 1normale and instruments for such electro-accoustique.et preamplified with the V30 is in very good tappe

As everyone is saying it's true the config simple.seul ultra small problem, it would have been a little better to put the setting CLEAN separemment.mais distortion is easily obtained a good rock well (the micro acute Great) up bluesy sounds by touching a little bright in the channel distortion or clean with not too many drive (even when put at least 4). the right sound is found very quickly and after we change it or not must try everything.

Right for your style of music?

Absolutely, I limit punk rock and it goes super bien.en activating the channel that sent more gain (and yes there is one) it was cool sounds for solos, chorus and tapping the muscular .

as saying in the other comm, do not put a lot of bass, but not send mail to acute and mediums.pour presence, I put it near a bottom and if I do not like the gain channel that allows have big punchy distortion well as they like, and you can send a solo without a slash pale before marshall.la reverb combos for me is almost inaudible, we hear too much and is not it footswitchable.pour I drop my rating a little but the sounds are super.et what about the clear sound that is simply out of this terre.les crunch sounds are easily obtained and in my humble opinion, this amp has been done to it ça.mais can do something else and does it well

I use it for 8months and I hesitated with the peavey classic 30 but in the end it's a avion.il is versatile enough to change his style, but also precise enough for utilistation ciblée.je think the V30 is chose.si for any choice I had to do for 900euros it would not even think probleme.je has added a distortion pedal in front for such ts to see her, I try and really is the bomb . since it is a limited edition, if you get it, try the course, but it really worth it and I think not change before very long.
See the source
Did you find this review helpful?yesno
Cookies help us improve performance, enhance user experience and deliver our services. By using our services, you agree to our use of cookies. Find out more.