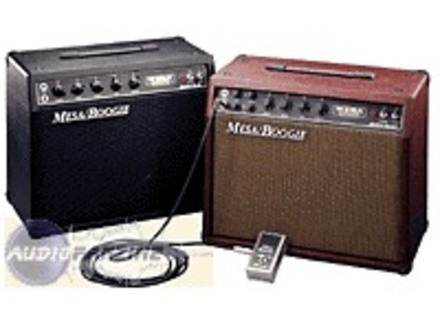 - Connections?
Instrument input & 3-way footswitch, power/Stand-by, effects loop with headphone output & silent recording, in addition to a speaker-mute switch to silence the speaker without disconnecting it physically and preserving the amp from any impedance problems in case of silent use. One 8-ohm or two 4-ohm outputs for eventual external cabinets.

- What about controls, effects etc.?
Independent volume & gain for both channels and shared bass/mid/treble/presence equalizer. Also note that there is an effect amount control for the effects loop.

- Is it easy to dial in?
Yes and no, insomuch as the EQ is very interactive, but if you take as a starting point the advice in the very clear and instructive manual, you can easily find a good basis to then fine-tune your sound.
The fact that you have independent volume controls requires some adaptation time in the beginning, to reach a balance between both channels, but after a certain period it all comes naturally and it becomes the easiest amp in the world!

- Is it easy to get the right sound?
Most sounds are very good. It is fairly easy and quick to find the sound you want!

- Is the user's manual clear and comprehensive?
No issues at all, like with most boogie manuals. It's a serious brand!

- Does it fit your music style?
It's an amp aimed at Big rock mainly, but it is nevertheless possible to play other music genres with it, like jazz, blues...classic rock, '90s rock. You can even venture into metal, to a certain extent and under certain conditions, for example, adding a cabinet like the VHT 2x12 fat bottom, to transform it into a merciless beast!
- Which guitar, bass or effects do you use?
Gibson les paul with EMG or seymour duncan, but also strat and telecaster, and I haven't had a problem with any of them. It's worth pointing out that the amp responds very well to the guitar's own tone. It's actually the only amp I like with the telecaster, which I don't like with a marshall, for example.
- What kind of sounds do you get and with what dialings?
Resolutely fat but with a unique precision and character that I can't compare to other amps because it's very peculiar. The clean sounds aren't its main strength, even if it performs very well, but the distortion is very aggressive and musical.

- Which sounds do you prefer / hate?
I'd say the contour mode, without hesitation, a preset EQing of the lead channel that is amazing, rich in harmonics with enhanced, highs and lows, a truly extraordinary channel that I use with great pleasure.
It doesn't have any sounds that I hate, so to speak. None of its settings produce unpleasant frequencies to the ear, even when pushed to the extremes. The EQ must be set to the minimum, if you set all four controls to 0, there is no sound at all. Also note the middle control, that responds in completely different ways, depending on the range used.

- How long have you been using it?
I've had it 8 years, more or less. I've used it mainly for studio sessions. I recently dug it out again because I had strayed away from my 800 sound towards a stoner sound, and I must confess that it's a great pleasure to use it again.
- Which features do you like the most / the least?
+ A sharpness and boldness that can usually be found only in posh gear
+ Its stunning power, in regard to its size, which has left more than one sound engineer dumb-founded
+ Its compact format and lightness, which make it easy to transport
+ Its versatility and manufacturing quality from an era when mesa still hadn't sold its soul to big business
+ Its respect for the instrument you use
+ A very nice responsiveness to tube changes

- Unfortunately out of production… :o(
- Did you try any other models before buying it?
No, it's the first one I stumbled upon by chance and I bought it on a gut feeling!
- How would you rate its value for money?
Good!

- Based on your experience, would you buy this product again?
Absolutely!
Did you find this review helpful?yesno
Cookies help us improve performance, enhance user experience and deliver our services. By using our services, you agree to our use of cookies. Find out more.