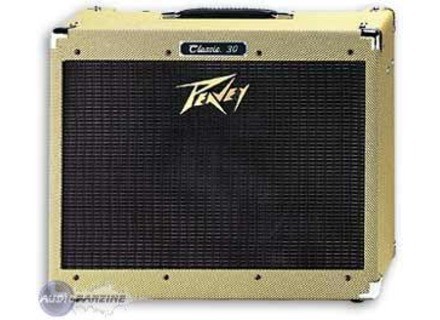 View other reviews for this product:
Nothing much was made over in this category.
The effects loop is great practice, power is important for group play.
I just wish the line-out missing.
And maybe the footswitch, which I think is not provided in nine.

No man since purchased OCCAZ.

We get on a sound convincing, as lamps. It is not a myth, the difference is palpable.

It should screw up the equation has to find her though.

His Clair: I find fat and dense, very very rich in harmonics, ca whistling merrily.
Without engaging the boost, the sound is enough lens (and fat at the same time, I know ....) well suited for a funky rhythm, or a rich, dense, bluesy well (when I say .... bluesy c is to describe a utlisation ... Do not believe it reduces the flexibility .... it's the only trait that I found a quote to illustrate with words the sound obtained) after equalization.

By switching the small boost button, you boost the mids, see the grave. So its very heavy and fat, increase in decibels. I use very little, since its base is quite clear expressive. We can not act on this switch with the footswitch. But this little button changes the sound a bit, giving a slightly more distinctive, because more fat and warm. But I think it's been a lot after. Finally, a test. Ca, anyway, is that the more, then not complain.

Drive sound: Yes, because I wanted the lights to the full. What can I say?
Overdrive fat enough. Voila. The drive was pushed back, we obtain an overdrive rather fat, rich mids and bass. The bass is rather vague. The highs are good. Here for equa drive with a background and everything has a 50% adjustment level, boost deactivated.
Now, I like to get her a little oldy. So:

Drive in the second half, as the grain and the role in the class (yes, soli .... better put a background to gain and sustain gain), with acute to 3 quarts, a middle 10 hours , and a low 14 hours. I really like this rendering.

Short of very good. The only default if it is, saving a bit limited if you want to push away (for no rhythmic bp, but the solos very saturated, no), and a bold, somewhat clumsy consequently.
But when I say clumsy, nothing to do with dynamics. A play on the equa therefore, see why not, add a little behind.

I play on a lag with two humbuckers. Alder body, and fat. Therefore, it is normal that I found a fat on my amp. I tested also a Storm (!!!) above .... And then the slap Mom!

Oldies sound very rich treble, Led Zep, Maiden, Queen and Company I loved approaching, I am approached more .... So, it varies greatly depending on the guitars.

I've had three months. OCCAZ bought 450 euros. Mesa Boogie floor lamps in power on.
My liver, I am very satisfied.

This is a good amp, seriously, I have a small vibration that bp does not get along, I was no microphone that level.

The look is very nice.

I tested just before the Laney, nice too ... but not as safe or charisma. More clear sound bland.
Try then, my advice. and if you like, go for it.
See the source
Did you find this review helpful?yesno
Cookies help us improve performance, enhance user experience and deliver our services. By using our services, you agree to our use of cookies. Find out more.