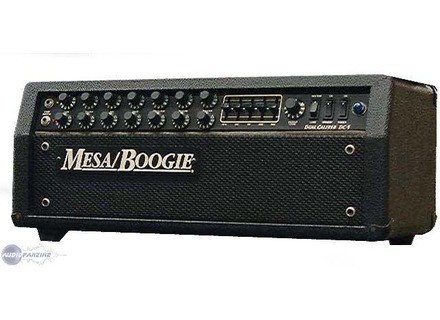 View other reviews for this product:
Amp: 2 lamps
Power: 50 watts but beware c 50 watt lamps at all in power and pramplification
Pramplication I really know (I lalflemme to look behind) but must treau least 8 I believe.
pplein and then other stuff (the manual is now on the web I think

No problem, I say finally but has made longtemeps I have, I confess I do not remember if I took time to get the sound I was looking for, but I think not.

A test you if you get a chance and you will see a high volume sound (bright, saturated crunch) is magical.

He normment rained for four years in a home or living in BPS:
- The saturated soft non-aggressive;
- Or good rock crunch;
- Or with effects, guitar solos that sound serious heroes;
- Or else clear sound out of this world already without qualizer but it can no longer be enabled to play so s'arrter mlodieux everything sounds;
- And I prcise in my case, for even when the possibilities are quite large.

Finally everything c'tait before living in an apartment and when I could still push the volume (no neighbors).

Yes, because that low level, and yes the sounds are not standards, and c all relative because he must confess that after t used to playing a large volume; parrait forcment sound much worse.

Nanmoins, in my case from 96 g 2 times already changed my 2 power tubes, because every time a grid. And oddly since I played "low" volume. And more n'tant not play a fury for hours on the amp. I was told the era "Rue de Douai" PARIS, c'tait as normal, as c'tait not made for low volume.

So I "solutionnquot; the problem. I bought in 2001 by a POWER BRAKE (Marshall, who Y'en a talk on the forum). And no more problem of lamps. Just put the powerbrake and really do not need a background, and to mount the master and volume of the mesa. forcment In addition the sound is magnified because many heat lamps and the power amp works well above r regime. Finally, it should Modre what I said by what he already grown well but it is not ecstasy.

And yes, it would have to take a DC-2. Dja ample cause tube amp.
Voila.

And yes, and then I almost forgot my rverb did not work I had done in Paris rpar also Pigalle, among many rputs specialist in pretty good, and everything worked nickel (y 'intrt had seen the amount of the invoice). And then again more rverb (c not a cable problem, I have a look and get drunk just so I did not do it and I use a rpar collection outdoor reverb (that of my effects rack).
Even when I put a note because even if I admit trs honntement albeit with pay, or I felt like I have some concern that I expected to have and that I should not have seen the quality of frabication mesa amps, but not good bowl of p'as I come across a good model.

Yes so I put a good note because despite everything it sounds so much wonderful that you forget the little problem or default of manufacture.
See the source
Did you find this review helpful?yesno
Cookies help us improve performance, enhance user experience and deliver our services. By using our services, you agree to our use of cookies. Find out more.