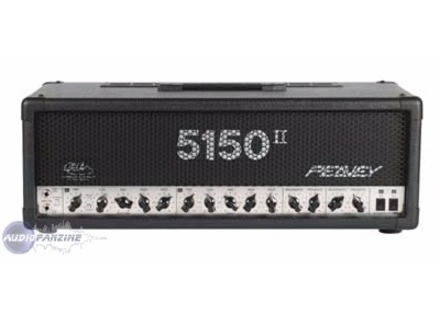 The config is really easy! One has only to turn to find his putters. Not even need to read the manual (download) to understand its subtleties. Just plug your guitar and roll youth!

I play mainly hard rock in the style of AC / DC, Deep Purple, Trust ... I offered him a head Peavey XXL 4x12 slant of 16 ohm. I play several guitars (Gibson SG, Jackson Musicman Steve Morse and PS2) and I find that respects each guitar amp and really different sounds depending on the guitar. I confess I do connect more than my Musicman Steve Morse because it has a beautifully rendered! For the multi-effect, I use the VOX Tonelab SE connected to the effects loop. There is a switch on the pedal to the amp by-pass completely the loop and is a very good idea. The only problem with this head is that the clean channel has the same settings as the crunch channel and, hence, we can not really get a clean sound and a perfect crunch to the perfect rhythm as well. We have to find a compromise between the two. The lead channel is, when to him, monstrous! The sound is simply sublime!

I use it for 3 months.
I love this feeling of power due to any lamp. In rehearsal, 'I used a Marshall half-light 150 W with audio at 8 and now I use the 5150 MK2 with the volume to 2.5 for the same power!
I tried a lot of head like Engl, Mesa, Fender, but I was looking for a specific sound.
The price is a bit much, but thanks to Guitar Studio in Lille, I could have it for a reasonable price.
With hindsight I have, I think I do it again the same choice as the possibilities are enormous!
See the source
Did you find this review helpful?yesno
Cookies help us improve performance, enhance user experience and deliver our services. By using our services, you agree to our use of cookies. Find out more.