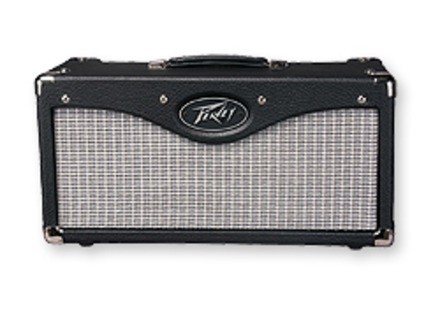 View other reviews for this product:
The Peavey Classic 30 head is a two channel, small footprint amp. It puts out 30 watts of tube power out to whatever 16 ohm cab you desire. The cab only has one 16 ohm output with no other ohm settings available. It has a drive channel and a clean channel, along with a boost switch and built in reverb. The head has a three band passive EQ section (bass, mid, treb) and pre and post gain controls on the lead channel allow the user to hone in the distorted tones. Four EL84s and three 12AX7 tubes are used in the tube section. The two channels are footswitchable and there is an effects loop included.

This amp is robustly built. The material used to cover the head is not prone to ripping and after a few years of gigging still looks new. I’ve used it time after time for shows with no issues at all. This amp is fixed bias, so no adjustments are needed when swapping tubes. The footswitch will let you seamlessly change between clean and dirty sounds and the added effects loop lets you put your time based effects after the preamp. The head chassis is built strong and the knobs, jacks, and controls all seem very sturdy. The Boost feature is a waste of space really, it is not footswitchable and the boost in the mid frequency is just unbearable. Instead of just a regular volume boost, Peavey tried to make this so the lead tones would cut through the mix. A basic volume boost that was accessed through the footswitch would be more useful.

It’s hard to find an amp that has a good clean sound and dirty sound, but this amp does. While a Marshall does a great dirty sound it lacks in the clean channel. Fenders are the other way around. I wouldn’t say this amp does either channel exceptionally well, but it manages to do a good job at both sounds in one amp. The clean sounds are a little fatter with less sparkle and clarity than a Fender clean, but it’s a good clean tone. The clean channel is very accepting of pedals both in the loop and up front. The dirty channel is more British voiced than American. It doesn’t nail the tones from my Marshall JCM but it comes fairly close. This is your middle of the road amp, country through rock tones. Metal and hard rock can be had by using a boost up front. Pair this head up with a 212 with Greenback and you have a pretty versatile rig.

This is your basic Peavey Classic 30 inside of a headshell instead of a combo amp. It’s a widely used budget amp that sounds great at a decent price. If you can pick one up used they are an extreme bargain and are real workhorses. The features are enough to get you by without needing outboard gear, though pedals work great with this amp out in front or through the loop. I would and have gigged it for several years and haven’t had any problems with the head. Load the tube section up with JJ’s or Ruby’s, put a TungSol 12AX7 in V1 of the preamp section and pair it up with a cab with Greenback style speakers and you have a great sounding two channel rig with reverb that will cop a lot of classic rock style tones at any volume (just remember to leave that boost switch off).
Did you find this review helpful?yesno
Cookies help us improve performance, enhance user experience and deliver our services. By using our services, you agree to our use of cookies. Find out more.