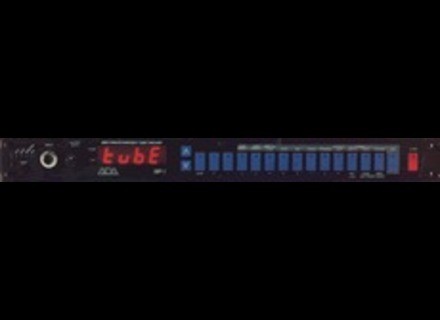 Frankly for a c its simple, not as much as an amp head, but only on my voodu.

The clean offers many possibilities with its two channels. I do not really tested but the results are good, with a chorus that goes by itself. Remains to be seen what happens with a stratum.
Note the channel tube that acts as crunch when you push the gain.
Distal side, woof it hard. Frankly at Pm we did not go by halves: all gains to 10, EQ dug. A Vigier Marilyn in EMG 81, as on my Lag equipped tone zone, it sends a very serious, the slap, the sound is very powerful and something I enjoy, the palm mute remain crisp and sharp, well compressed as should the class.

Thank you to Pm for its MP-1, frankly I tried again and it really kills his mother.
I think I found a preamp to the sound that suited me, and super fast to program.
One downside: the equalization is effective, but pales next to that of GP3, or my voodu valve, while sounding more light, however.
However no problem blowing to report.
Good going, considering the price of the machine, these few flaws are soon forgotten.
9.5/10 for real metalheads, for others this preamp has less interest.

Addition from 27/04:
I ran the MP-1 much of the weekend, and have particularly compared to voodu valve:
Result: a saturation of the voodu sharper but more "digital" and less extensive. The ADA has a large distortion, but sounds very medium with my guitar (the fault of the Tone Zone). Once I put an EQ or changed the tone zone, the sound should be even better.
Last, this one negative: Can not set the volume on this machine. If you want a saturation of crazy, we push everything to the bottom, if you want to enter a nod to a clear later, we are left with significant differences in volume.
Therefore correct in the end rather 9 / 10 as 9.5 given the price.
See the source
Did you find this review helpful?yesno
Cookies help us improve performance, enhance user experience and deliver our services. By using our services, you agree to our use of cookies. Find out more.