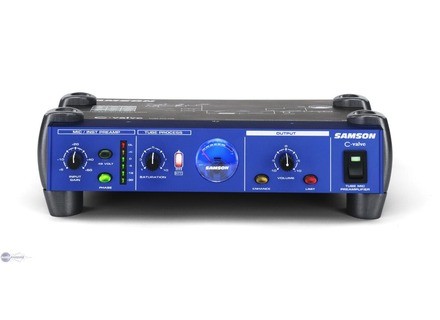 Buy this productView price information >
View other reviews for this product:
Purchased from Sweetwater Sound. My home recording setup needed outboard pre-amps and using a mixer just wasn't cutting it. I especially wanted a tube pre-amp because the mixers tended to leave the signal sounding harsh and brittle.

These units pack a ton of features for the price:
1: vocal EQ switch. Granted the EQ curve is a preset, but every little bit helps.
2: Limiter switch to avoid clipping.
3: An enhancer switch to boost the high frequencies that may be lost by the limiter.
4: Phase reverse.
5: 10dB boost switch.
6: Phantom power (which should be a given but I just thought I'd mention it)
7: Lo-cut switch with a selectible frequency knob.
8: VU metering instead of a 5-segment LED display. It's backlit too.
9: 12AX7 tube to impart some warmth to the signal--with variable saturation control.
10: A/D converter to either 48kHz or 96kHz.
I also like the fact these units are designed so that they can be stacked so the control panels are slanted upward at about a 15-20 degree angle--facilitating their use so they do not have to be set at eye-level to read the meter.

All in all, the best bang for the buck in a pre-amp with a street price of less than $100.