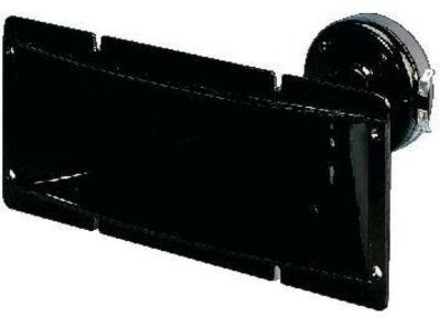 The two MHD120 I bought them for a complete system, which already existed MHD55 2.

Compared to this MHD55 mouth as much, but the sound is a little late.

- What characteristics have motivated your choice?
The stamp had to be close to my MHD55

- For what purpose?
Use compression 2Khz-20Khz with a 31cm type ALU31 not decoupled.
Fixed upstream on équalo.
Use festive, with excess power demand in the high possible, but NOT to be excessive (they produce enough volume to go deaf).

But I need a little more bass and the rest 31cm from the bicones.
Mechanically they are 180WRMS relax.
The MHD PA2200 take an shouting to stop with an excess of acute: nearly brief spikes in the cutbacks 65W: it flinch.
For the price I give the MHD120 7, MHD55 5 or 6 is too limiting MHD55 ...

- The frequency curve is sufficiently neutral?
Not really but there's worse!
Because I like his 80's, some rising profile in the medium it is, it should be noted from 14 to 16Khz, and they love me too much. My condo is the MKT plastic filters.

- The stereo image is good?
There's not better, it can be a very good stereo equalizer if well, but must settle a bit before.
These are warheads, so it is more directive than to cut gorges.
A SMC280ST appear anemic next to the stereo when no adjustment will be better.

- The sound is clear and precise on the spectrum?
Accurate psychics, mediums above average volume and low.
Regarding the accuracy attacks that too so we can speak of a precise stereo!
One can draw an accurate and uncolored sound that's all.
Colorless: it's important.

- The dynamics are respected? ...
Ah!
Mechanical level I had to cut a bit too low, I think it's over!
For questions against potato I do not know when they actually run out because even a thorough 2x130W it makes them laugh.
Dynamic gross but forget the fact that loyalty.
The sound is right, but very aggressive: no low physiological to 4kHz, it's not their thing, or the bump for that matter.
But personally I prefer: sometimes it helps on some music, and if you need to see increased to 10 15 meters it is clear that it sends.

- What is so special that you like most and least?
+ The potato and the fact that they can be mounted through 16Khz setting.
The - it's still warheads, mashed it attacks a bit anyway.
Tip: Putting people at 2 meters from the speakers is not bad.
Let the masochists on the other hand destroy the ears (there is no service order either)

- Have you tried many other models before buying it?
MHD55 was not the economy.
Now I would pay more MHD152: they still have more potatoes than SMC280ST of Beyma is the same size, and power issue that seems unstoppable unless to do so on purpose.
it comes apart so easily, I like.

But it remains useful to me here or MHD152 pourrrais do not wear: it would conduct tests to 10 15 meters to see.
Room to eat the term MHD152 MHD120 is clear.

- With experience, you do again this choice? ...
No, actually 4-8 with SM112 or FCR MHD152 would be the optimum, but it will be good in another life time.
Must take them back if they show their superiority in the outdoor worn for small systems: as well say it's hopeless ...

These cuts getting married very well to the speakers first prizes but we demand the power and performance without being too looking at the definition.

That said the MHD120 you can calm it nerveusité, the pavilion is exponential and metal end, with MHD55 is a house with plastic and especially the shorter it is almost impossible.

Issue price or even for the MF ALU MHD152 I would put the term I think even if it's too sweet.

The next "hard" is sometimes more warheads on some songs that require it, it's also right: for an orchestra that will be more important than compression too soft that distorts the sound in the other direction: I can not see the accordion on the SMC280ST, while it makes the course very MHD120.
See the source
Did you find this review helpful?yesno
Cookies help us improve performance, enhance user experience and deliver our services. By using our services, you agree to our use of cookies. Find out more.