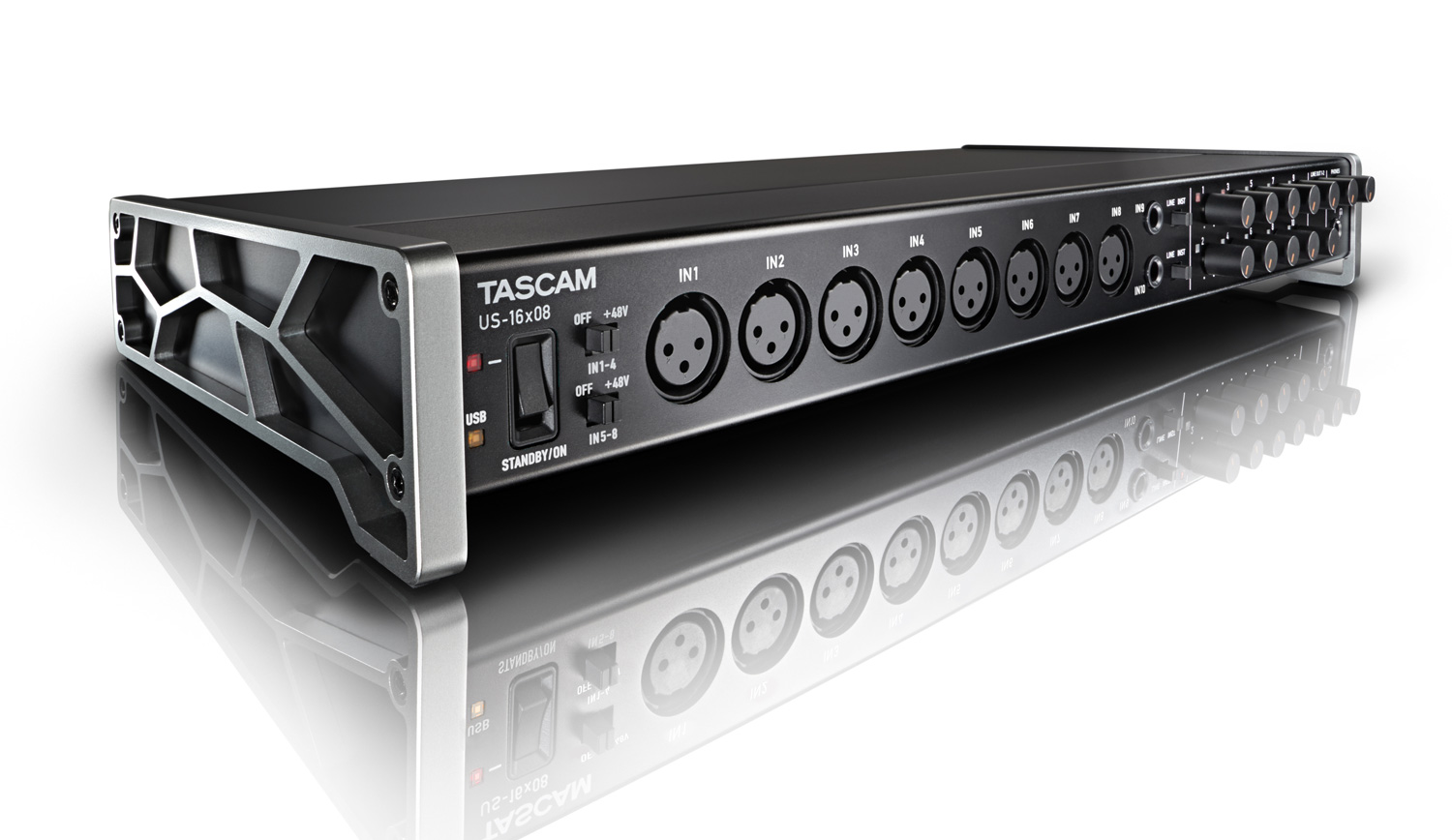 View other reviews for this product:
Pedro Cenit

Publié le 11/21/18 à 05:02
Value For Money : Excellent
Audience: Beginners
I've owned this interface for two years now. Previously I had my first Focusrite 8i6 which I upgraded for more imputs. At the time I wasn't even an audio student, just a hobby musician.
Bought this interface when I started studying looking for something that would let me mic a drum set. Imagine my surprise when I found out this is the ONLY interface that offers 16 real imputs. No ADAT, SPDIF, etc. I've since used it to mic entire bands with low latency. Multiple outs allow you to set up different mixes other than the stereo out (which has one headphone out).
The pres aren't that great. After 3 o'clock there begins to appear heareable white noise. This usually isn't a problem, but beware of SM57s that require a bit more drive. It has 2 instrument imputs with regulable gain, so it's like it had 10 pres for me. The 6 line imputs can be pushed using the DSP compressor's makeup, or you could simply connect more pres. So, hardware-wise, this interface is one of the best.
On the software end, things were buggy at first. As many early reviews said, this thing was unstable on 2016. Ever since, Tascam released new drivers that work fine with Windows 10. If you want to make it work, it will work. I've used it with Nuendo, Cubase, WaveLab, Pro Tools 10 and 12. No issues there.
Between this one and Focusrite, I think Focusrite has better drivers with lower latency. At 44khz, US 16x08 has huge latency settings. 10ms in and 4ms out at 128kbps. So you may consider using it at higher sample rates if you want DAW monitoring. It has DSP monitoring with virtually no latency at all, but then you don't hear any plugins you may have added.
Don't let this turn you down. Pres and latency are a problem at almost everything in this price range, so between this one and other brands, I'd stick to US 16x08 for the I/O. With it you can really learn how to mic a drum set, record a full band, try M/S configs, all of it with no problems at 96khz/24bit.
By the time you begin to really hear what's "wrong" with Tascam 16x08, you will be ready to move on to a higher quality interface like Audient, RME, UAD. These units move in a different price range and have better converters, pres, drivers, etc. and are just what you may need for a more proffesional home studio down the future. I've upgraded to an Audient ID44, so only 4 analog ins for me now. I don't miss US 16x08 because I've moved on from my initial "want to record everything" need, I may get more imputs with an outboard octopre in the future just to get that feel again though.

Conclusion: A great interface for audio beginners, students, and just people with lots of I/O needs.
00