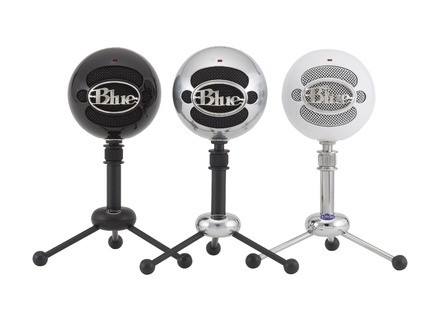 Buy this productView price information >
View other reviews for this product:
The Snowball is a Usb microphone, it's very easy to use, has a pretty decent sound and a very affordable price that's hard to compete with.

The installation is simple, it's plug in play (via the usb). Any recording application you have should be able to recognize it once installed, but if it doesn't... just go into properties and tell your soundcard to listen to your usb port (problem solved)

I hated most about this mic was it's design. I can't stand the way it looks or it's build. It's just... clunky. The audio quality isn't too bad it's very usable especially if you're podcasting or just using the mic for some basic voice overs.

I hate the fact that you can't mount this mic to a mic stand. It's meant to be a desktop/table top mic but they couldn't made it a little more versatile.

I've used several different usb mics (condenser and dynamic) before using the snowball and they all had more features and a much better sound to me.

The other thing I didn't like too much was the snowballs super low recording levels. I found myself nearly kissing the mic in order for it to pick up of a semi hot signal.

Blue is known for making quality gear (mics, cables etc). I don't know what the aim was when this was created. If they were going for a regular podcast mic cool but people that use them/trust them expect studio mics or mics that can adjust to a studio environment and that is not the case with the Snowball.


If I had $100 in my pocket and needed a usb mic today the snowball would not be my mic of choice
Did you find this review helpful?yesno
Cookies help us improve performance, enhance user experience and deliver our services. By using our services, you agree to our use of cookies. Find out more.