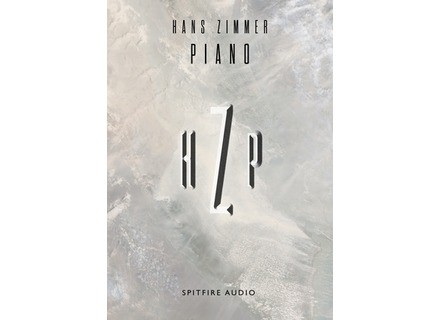 Arguably one of the most famous film composers in the world nowadays, Hans Zimmer has again collaborated with Spitfire Audio, this time to produce a piano library. According to Spitfire, this collaboration was based on a "no-holds-barred", the intent being to give Zimmer not only a signature product but one he would actually enjoy using himself for his own projects.

On the technical side, this piano library features the combined signals of over 60 microphones passing through the unique Air “Montserrat” pre-amps via a Neve 88R desk into Prism AD converters. The piano was played using a mixture of technical wizardry and dogged performing talent to produce literally days of recordings with a huge array of round robins, dynamic layers, staccato, long notes, with detailed studies in the quietest layers of the piano and a vast collection of effects and additional techniques. The Spitfire team then reportedly spent nearly 12 months treating all the samples, with every one of them getting cut, cleaned, refined and placed gently in a queue waiting for implementation, experimentation, and joint review by Zimmer himself - which eventually led to recall sessions, and a little more of the whole process again.

The final version of the piano was then further refined by expert technicians working side-by-side with esteemed piano players testing on a number of different controllers (including Hans’ favorite Deopfer LMK4+) in order to ensure the most responsive, realistic and inspiring possible result.

In the end, the result is a 88,352 samples, 452.7 GB uncompressed .WAV library for Kontakt or the (included) Kontakt Player. While officially priced £299, the Hans Zimmer Piano library is available at the introductory price of £229 until December 26th, 2015. More details and sound demos available at Spitfire Audio's website.