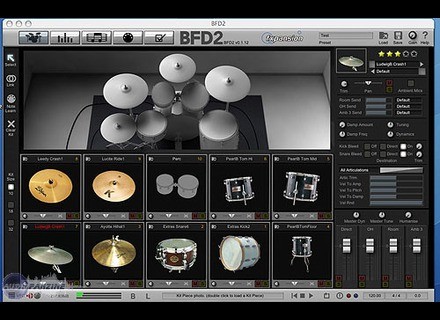 BFD2, Virtual Drum/Percussion from Fxpansion in the BFD series.

Product replaced by the Fxpansion BFD 3.

FXpansion made available to BFD2 users the public beta version for the upcoming 2.3 update, including 64-bit support for Windows 7 and Mac OS X 10.6.

The public beta version (2.3.0.15) still features several minor bugs - installing it is not recommended if you are using BFD2 in a pro environment.

For more details on using this public beta version, check out www.fxpansion.com.